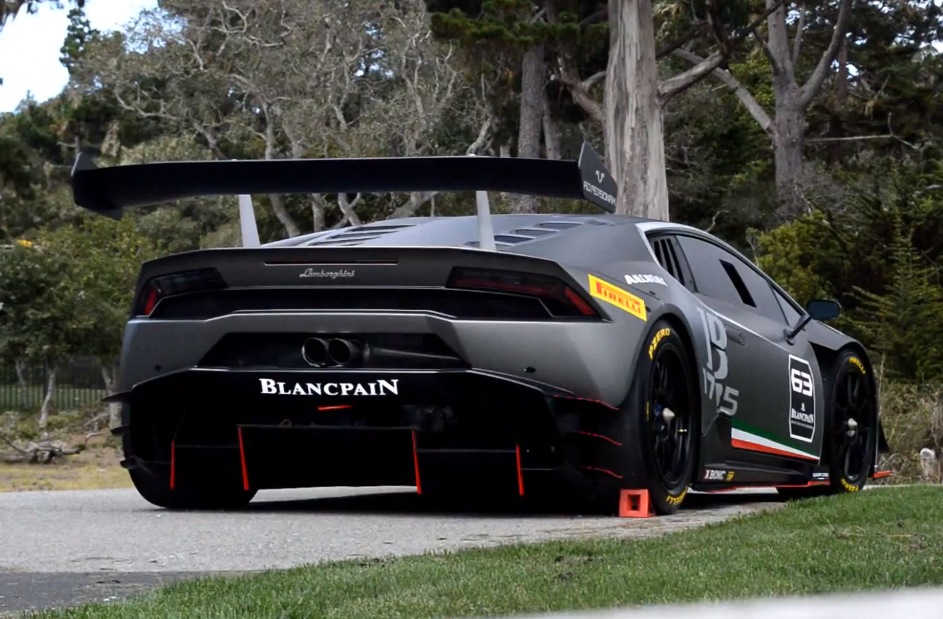 Looking for the ultimate track car to intimidate all of your rivals? This could be your vehicle, if you have the money. It’s the new Lamborghini Huracan Super Trofeo, which has been spotted just before its official debut. 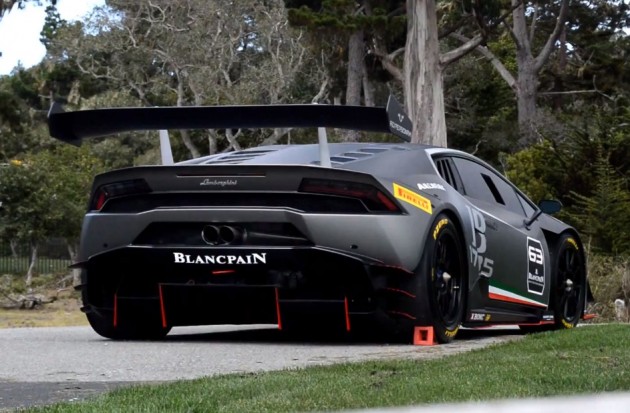 Lamborghini has previewed the special model a number of times over the past couple of weeks. Images of the finished product have now surfaced, showing the GT racer in full for the first time.

It’s lost the camouflage-style… camouflage that all of the teasers featured. Instead, the Lambo is dressed in a cool matt grey exterior with some red highlights around the front, some decals, and black wings and spoilers. There’s also an awesomely chunky diffuser at the back with red sections.

The racing car will compete in next year’s Super Trofeo series, and possibly other FIA championships around the world.

A full debut will take place at The Quail in California tomorrow.