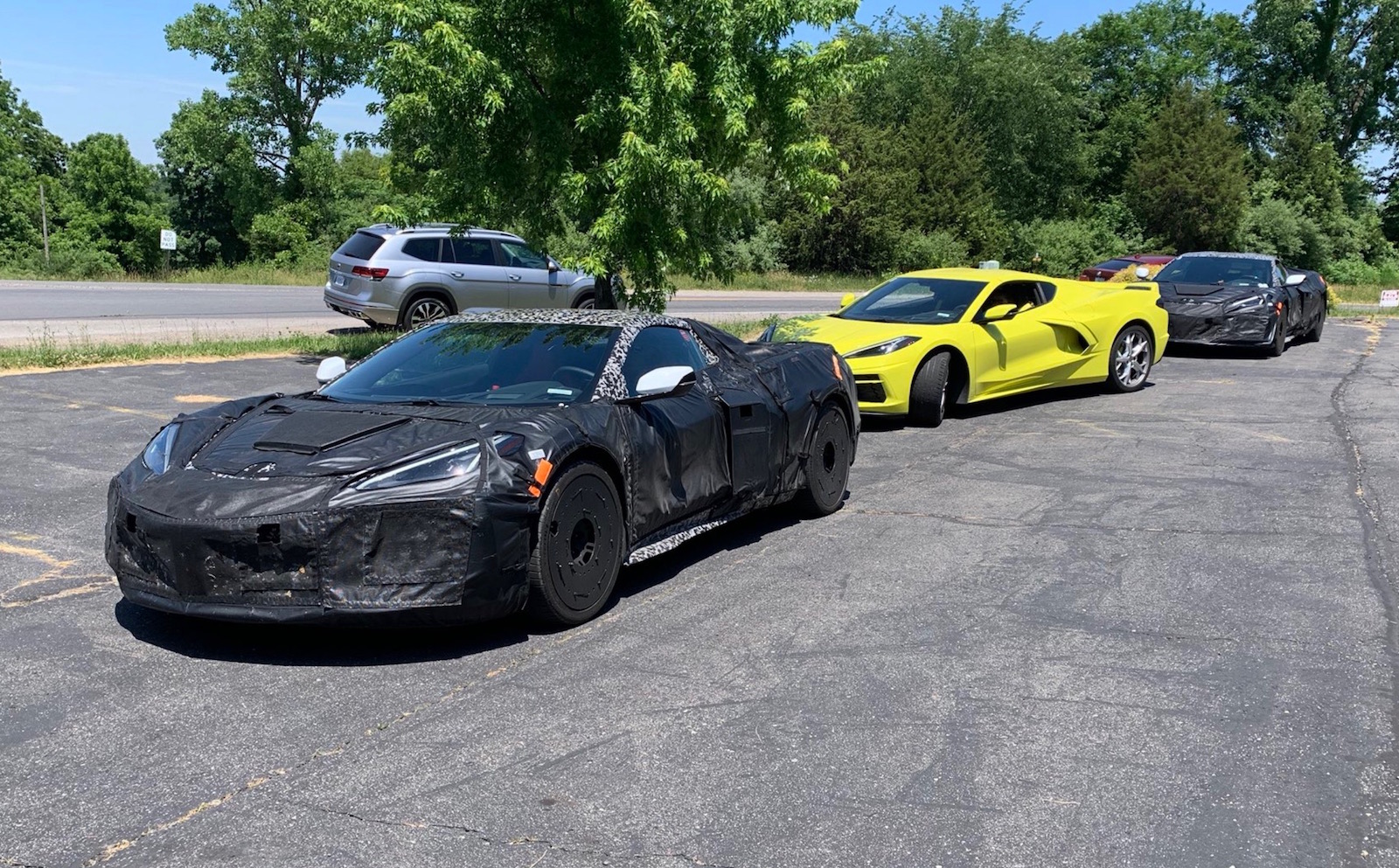 A trio of C8 Chevrolet Corvette prototypes have been spotted on the streets in America, believed to be the makings of the new Z06 or even potentially the next ZR1. It seems Chevrolet engineers are benchmarking the mules against some very serious machinery. 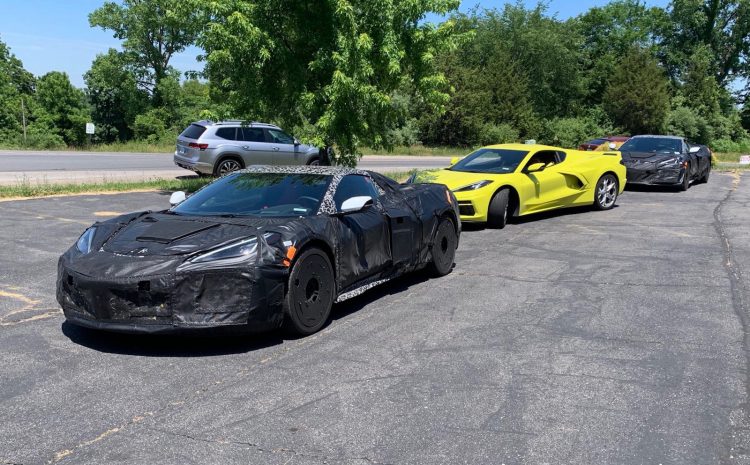 Three C8 Corvette prototypes were captured on video, which surfaced on Facebook. They were seen driving with a Ferrari 458, Porsche 911 GT2 RS, and a standard C8 Corvette. Some photos also appeared on Twitter recently, taken from the same scene. All of this likely means engineers are getting a feel for the prototypes against some of the prominent competitors.

What’s unclear is what the prototypes are exactly, and what powers them. The first prototype in the lineup in the video below, behind the Ferrari, is believed to be a Z06. It shows off some interesting quad outlet exhausts with smaller outer pipes. These produce a deep soundtrack.

The two following mules feature quad-outlet exhausts as well, only these are split in a more conventional layout with two pipes on either side of the bumper bar. We’d like to suggest these two are the Z06 and the first example is a ZR1, however, it is very difficult to tell due to the extensive black sheeting and camouflage. 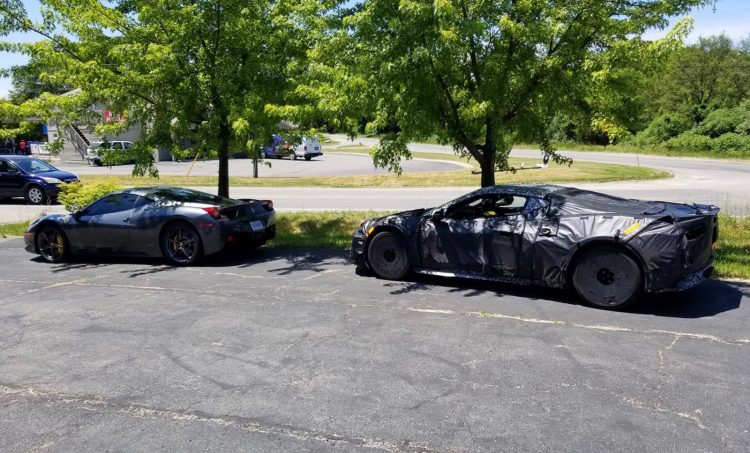 One thing that is confirmed in the video is the sound of a new engine. What you’re hearing is believed to be the new 5.5-litre twin-turbo V8. The unit is said to feature a flat-plane crank. And it certainly sounds like it. You can hear a distinct high-pitch whir and burble, much like the Ferrari which also uses a flat-plane crank.

As for the power? Well, the next Z06 is expected to produce around 450kW (600hp). However, the next ZR1 is rumoured to kick out around 634kW (850hp). There have been some rumours that suggested the ZR1 might feature hybrid tech to boost the power, while others say the Z06 will use a naturally aspirated version of the 5.5L, leaving the ZR1 with twin-turbochargers.

It is only early days so we’ll have to wait and see to know for sure. A market debut for the next Z06 is tipped to take place in around 12 months, while the ZR1 could be a couple of years away. Check out the video below to have a listen, and feel free to tell us what you think they are.