While Mercedes-Benz and Nissan have been the focus surrounding the 2013 V8 Supercar season, Holden Racing Team has unveiled its entry using the Car of the Future platform. 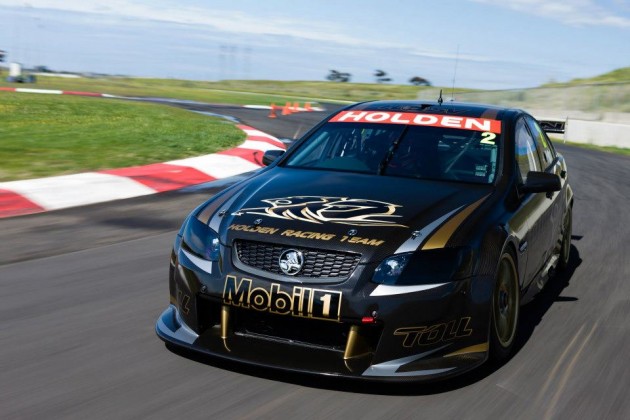 HRT managing director Steve Hallam said the Clayton-based squad are hard at work developing the car despite the 2012 season having three months remaining, including next month’s Bathurst 1000.

“The preparation for 2013 starts today. Now that we have the car, we have our test program to run through and we can get after it on the race tracks.

“This is the first time in seven years that we have designed and built an entirely new car and you can feel the emotion of the occasion throughout the organisation.

“The Car Of The Future project has taken a lot of blood, sweat, and tears. There has been a lot of effort and contributions from everyone within Walkinshaw Racing.

“I would like to pay special thanks to Doug Skinner, our Chief Designer, who has been instrumental in the Car of the Future project, and to Operations Manager Adam Laws and his team, who have provided the wherewithal to put this car together.

“We have a massive learning curve ahead of us with this new car and we will immerse ourselves in it.” 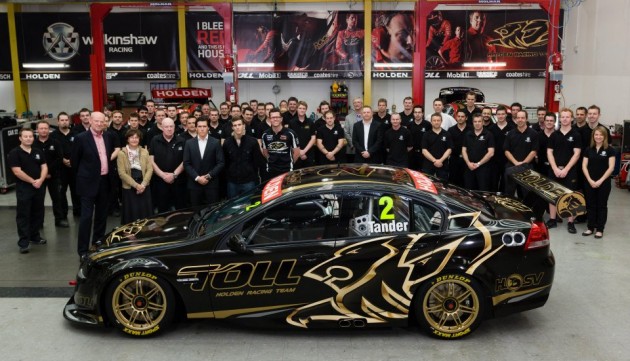 The Holden Racing Team has arguably the most impressive record of any V8 Supercars team, with 200 race wins, six ATCC/V8SC titles and seven Bathurst wins. The factory Holden squad has struggled in most recent rounds of the championship and hasn’t won a title since Mark Skaife completed a three-peat in 2002.

Nissan and Mercedes-Benz are expected to unveil their 2013 COTF in the coming months. Stay tuned.