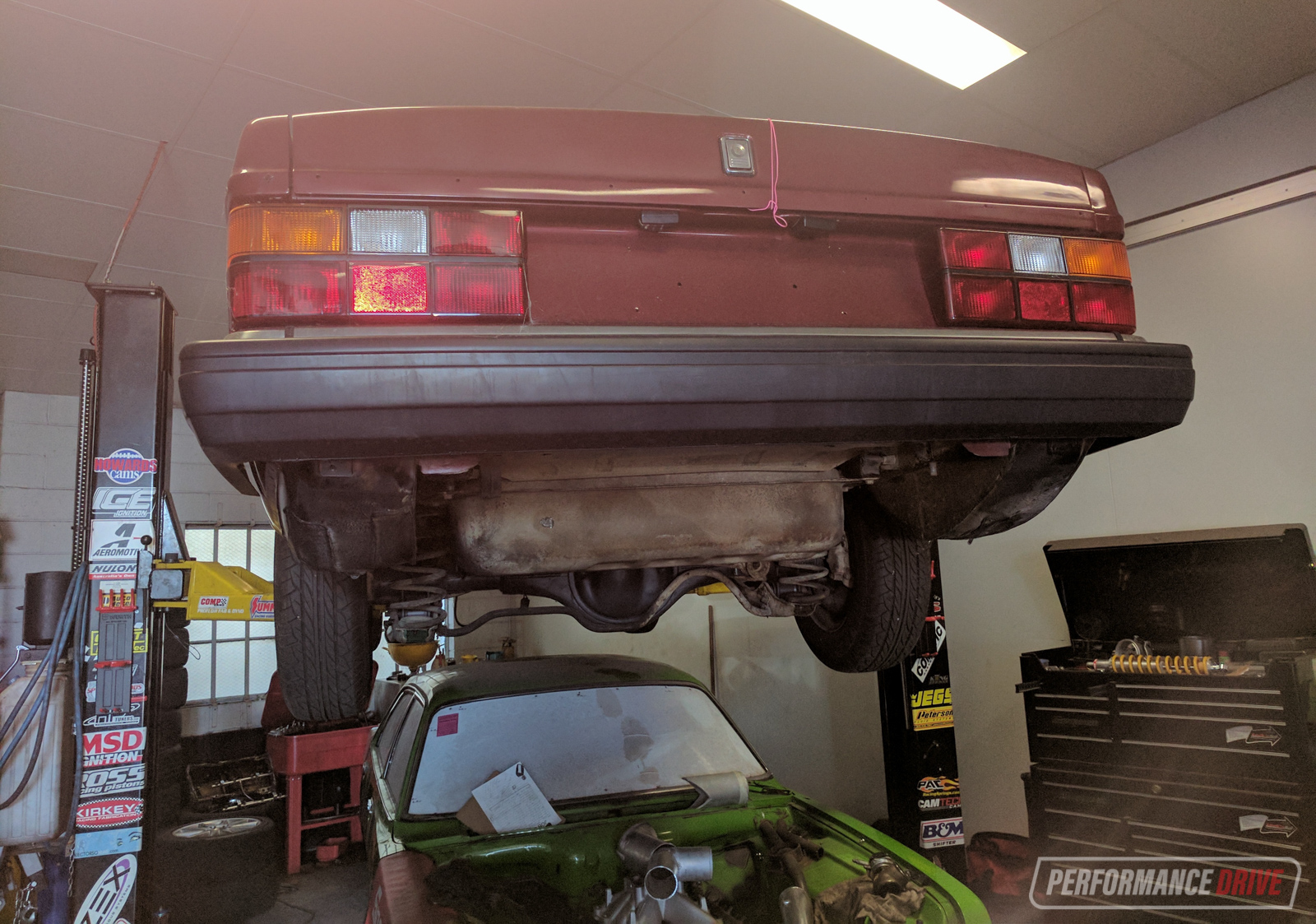 Yes, we’re still building our crazy Volvo 240 GL with an LS1 Chevrolet V8 engine conversion. You might have thought we forgot about it but don’t worry, it is just around the corner now. 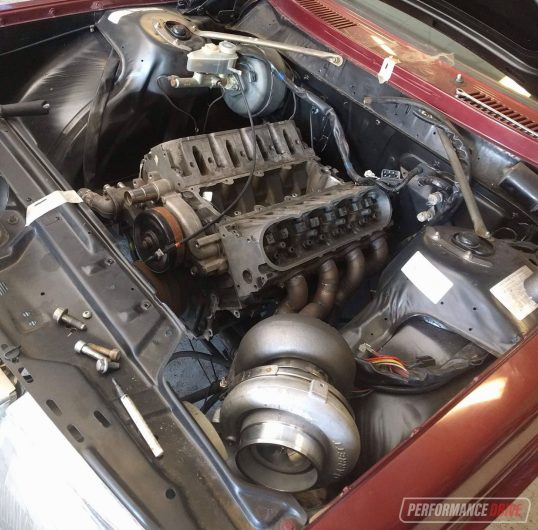 In the past few months George from Pro Flow Fab & Dyno has been busy. Very busy, actually, but he has been making time for our beloved Volvo, chipping away at its progress. It’s currently on track to be… on the track some time this summer.

So, what has been done since our last Part 12 feature? Following fabrication required to mount the V8 engine into the 240 GL’s engine bay, the engine has now been test fitted, with the GTX4202R turbocharger, thanks to GCG, mounted on the custom manifold. Take a look under the bonnet. It definitely has some intensity to it. 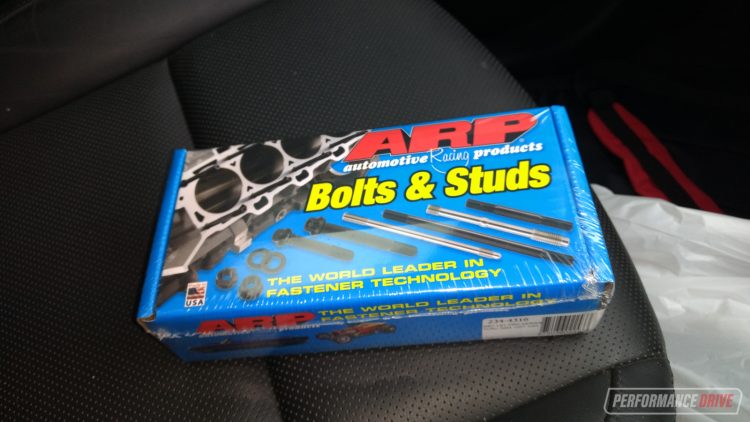 George has also been working on other areas of the engine to make sure it stays nice and cool. Up front the intercooler has been mounted with all brackets and everything in place, and next the radiator and cooling system will be finalised. We’re going for a custom radiator for optimum cooling and ease of fitment. 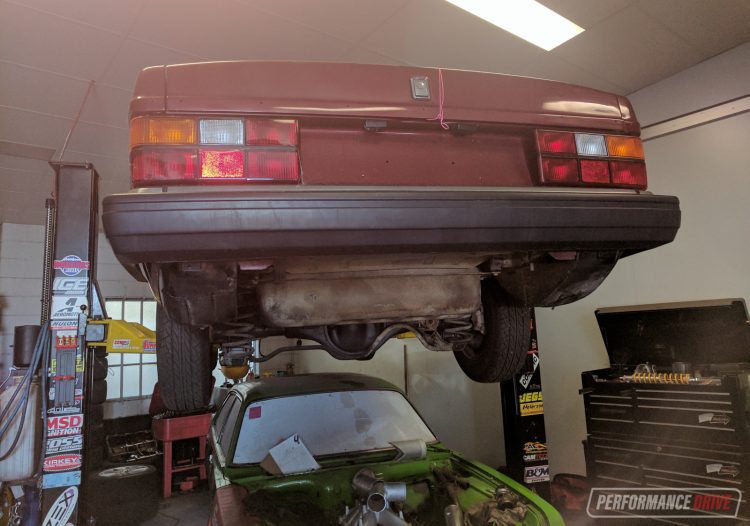 At the rear end George has been finalising the custom coilover suspension setup and fabrication required for it. This all includes a Ford nine-inch diff using 3.5:1 gearing, with a full spool for direct power delivery. The front end will be put together Smooth Suspension.

Lastly, we thought we’d fit up the Mickey Thompson ET Street R tyres mounted on 15-inch rims to see how she looked. They seem a nice fit and don’t give too much away, at least from a distance or an initial glance. Measuring 255-wide they should be able to get the power down to the ground quite well, depending on how excited we are with the throttle. With a conservative boost of around 13psi and E85 fuel, the engine is expected to produce around 522kW (700hp).

We are aiming to put together a couple of videos in the near future, including footage of its first start up, and of course running down the strip. If all goes according to plan this will all take place over the next few months. We can’t wait. Stay tuned.