Autocar has just posted up an Aston Martin Zagato race car review onto its YouTube channel. This is the first time we’ve been given a decent interpretation of the super-exotic racer. 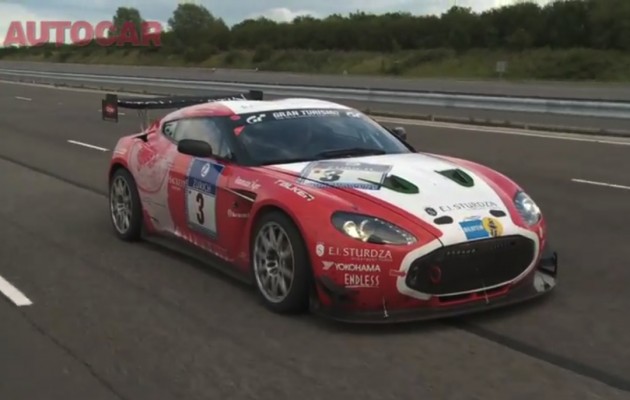 As the video describes, the Aston Martin Zagato gives off a glorious V12 soundtrack, and not just from the race exhaust system but also from a sharp and stinging induction noise.

The engine is based on the 5.9/6.0-litre Aston Martin V12 engine that powers the Aston Martin V12 Vantage, as well as the DB9 and Rapide. In the Zagato it pumps out 410kW (550hp) and is connected up to a Graziano automated manual gearbox.

Autocar says the Zagato offers excellent high-speed stability, thanks to a sophisticated aero package, and superb brakes, but says perhaps the most appealing aspect of the car is the tremendous V12 sound.

As previously reported, and as the video review says, Aston Martin and Zagato will be producing a limited number Aston Martin Zagato road cars. Up to 150 are being planned for Australia.