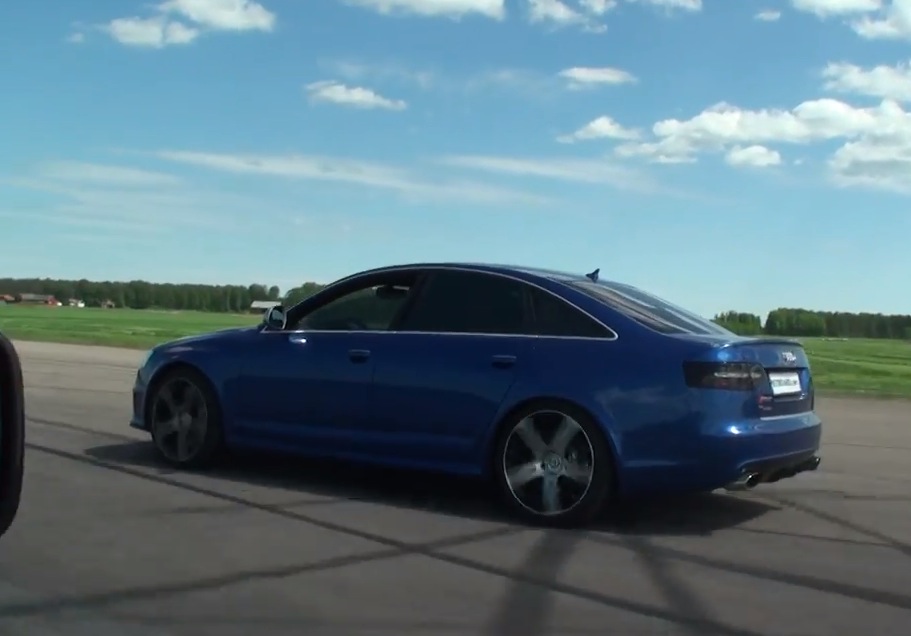 Here’s an interesting race. It’s between a highly tuned Audi RS 6 with over 700hp (522kW) and a first-generation E30 BMW M3. That’s an easy win for the Audi, you might say. However, the little M3 features an M5 V10 engine conversion. Place your bets.