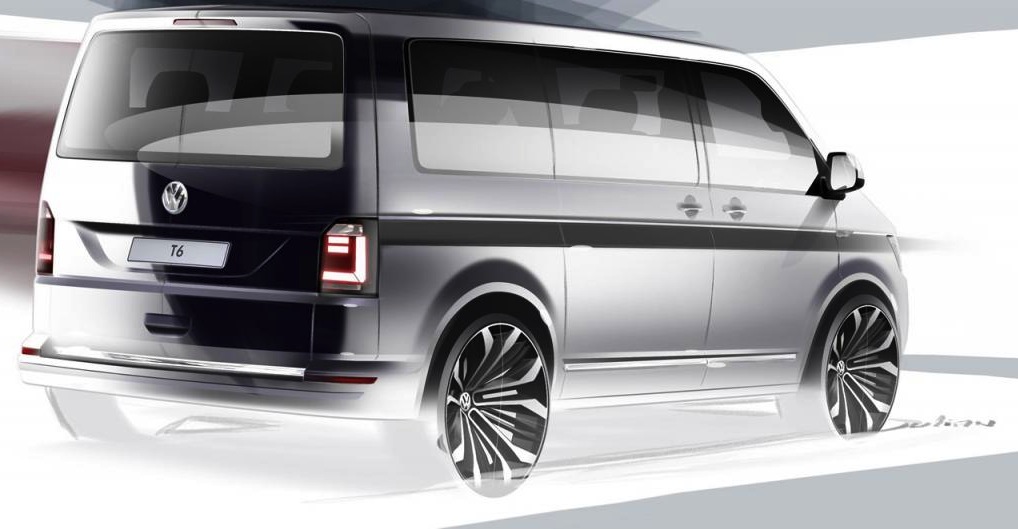 It’s not quite a performance car or even a sporty vehicle, but by the looks of this teaser image the next-gen 2016 Volkswagen Transporter T6 certainly has potential. 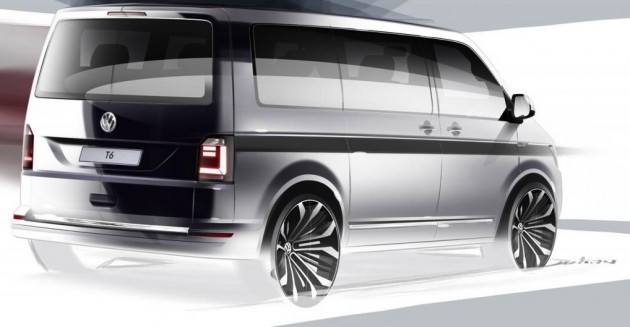 The new Transporter T6 will show off a more modern and sophisticated design, with rounder panel edges, an increase in attention to detail especially with panel contours and trimmings, and a slightly sportier stance.

Technically, the next version won’t be much different from the current model as far as we know. It will take on the badge ‘T6’, however, it’s believed it will carry over essentially the same platform and similar dimensions as the current version.

As for the powertain options, Volkswagen hasn’t yet released such information. If we take a look at the Tristar concept vehicle from last year though there is a possibility of a 2.0-litre TDI diesel producing 150kW and 450Nm. In the concept the power was sent through a seven-speed DSG transmission and into a 4MOTION all-wheel drive system.

In the Tristar, the engine was capable of providing 0-100km/h in 10 seconds and a top speed of 185km/h. If this makes it to production there’ll be no more excuses for tradies being late to job sites.

All details on the new T6 will be revealed on April 15, with market entry set to take place towards the end of this year.