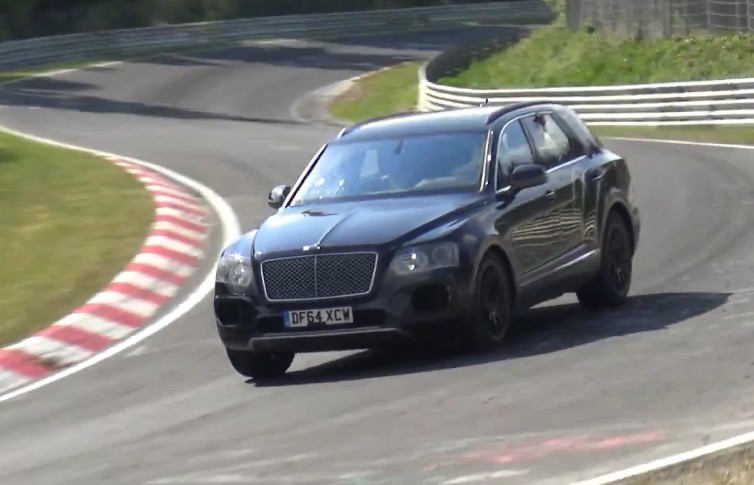 Bentley has been spotted flinging a prototype version of the big Bentayga SUV around the Nurburgring in Germany, as it prepares to launch a new market segment. 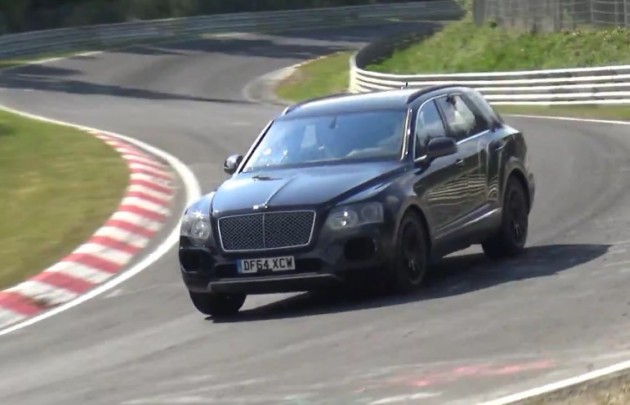 The Bentley Bentayga will be the company’s first ever SUV. It will also be the first super-luxury SUV to hit the market, sitting above vehicles like the Porsche Cayenne and Mercedes-Benz GL-Class in terms of price and prestige.

Although it’s not likely to be launched as a sporty vehicle, Bentley could offer a performance package with the upcoming model like it has with current showroom vehicles like the Continental GT Speed.

It looks like Bentley is taking handling and driving dynamics quite seriously, pushing this prototype to its limits on the famously treacherous circuit. The vehicle is likely to be very heavy, but with clever suspension technology buyers will be presented with a number of driving modes to make it more adaptable to various conditions.

In the video below we get a good look at the exterior design, which seems to be heavily inspired by the current Continental GT. It does appear to be wearing covers over the lights, but you can see there’s the traditional twin headlights beneath, as well as a dominant front grille, raised bonnet lines, and defined rear haunches.

Under the bonnet the Bentayga is expected to be offered with a 4.0-litre twin-turbo V8 producing around 390kW. The higher-end variants are set to come with VW’s new 6.0-litre W12 TSI engine, revealed earlier this month, producing 447kW and 900Nm.

Bentley will launch the new model next year. Prices are expected to be rather eyebrow-raising, considering the current lowest-priced showroom model is the Flying Spur sedan, which starts from $378,197 in Australia. The Bentayga will initially have no competition but it will face the Maserati Levante when it arrives in the next 18 months.