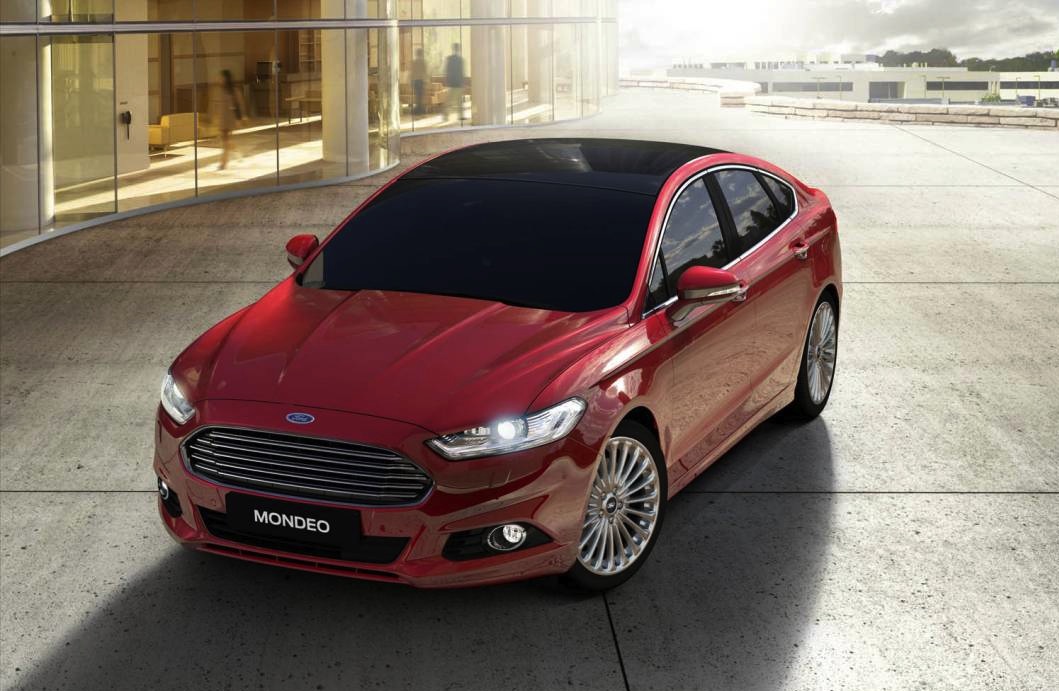 Some preliminary details on the all-new 2015 Ford Mondeo for the Australian market have been announced, including 10 advanced technologies not available on its nearest competitor, such as inflatable rear safety belts for the entire range. 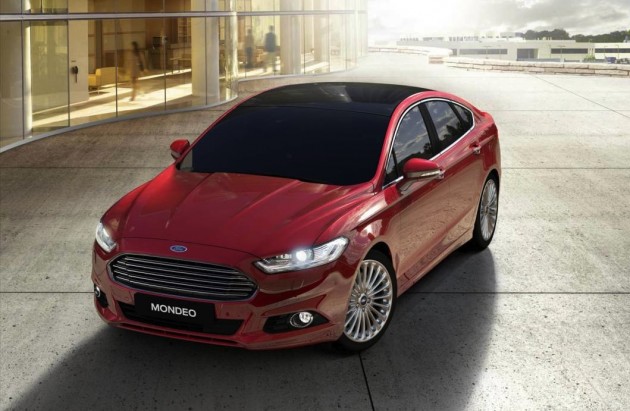 The 2015 Mondeo will be one of the most advanced sedans on the market when it arrives next year. To highlight some of the technologies, Ford says it will come with SYNC2 with emergency assistance (calls 000 automatically in the event of a serious accident), Active City Stop which can help reduce the severity of – or avoid – rear-end accidents at speeds up to 30km/h, and a world-first inflatable seatbelt system for the rear seats.

Ford will also offer a range of impressive optional features, such as Lane Keeping Aid which can alert the driver (by sound and steering wheel vibration) if they wander out of the lane, as well as adaptive cruise control, automatic parking, and forward collision warning.

As for the standard features, all 2015 Mondeo models will come with an innovative MyKey which allows parents to set limits on various functions of the car, as well as SYNC2 with an 8.0-inch high-res touch-screen and multimedia interface, paddle shifters, and a system called Driver Impairment Monitor which can detect and alert driver behaviour through the use of a forward-facing camera.

Aside from the technology, the new Mondeo will come with a Duratorq diesel engine option which promises to be more efficient than the Toyota Camry Hybrid (average 5.2L/100km). EcoBoost petrol units will also be offered in the range, along with the familiar albeit updated six-speed Powershit auto transmission.

Ford Australia will offer the new model in three trim levels, including Ambiente, Trend, and Titanium. All will be available in hatch and wagon format. Local prices are yet to be announced, however, Ford says the model will arrive early in 2015.