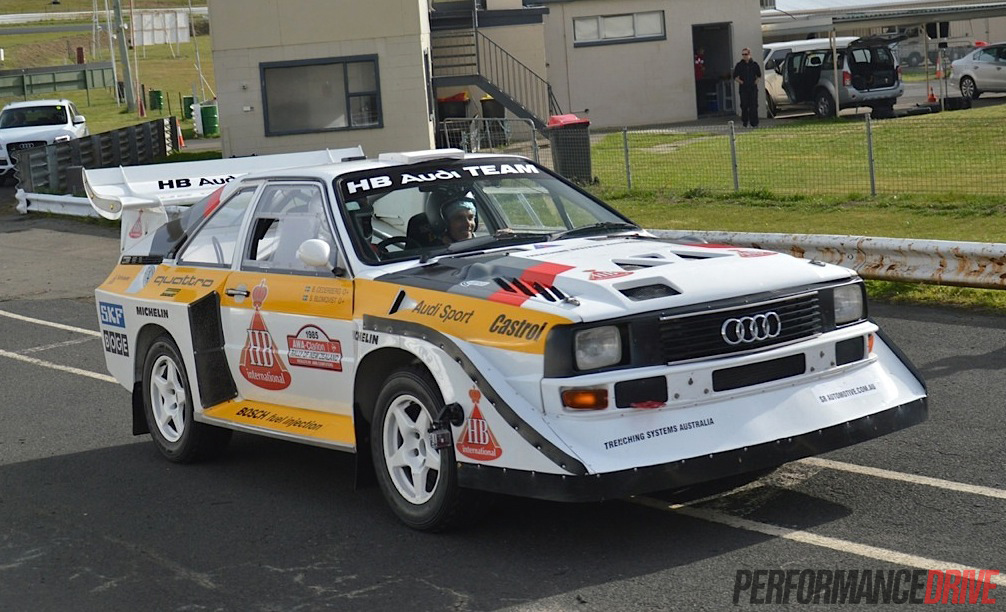 For those that remember the insane Group B Rally days of the 1980s, the Audi Sport Quattro S1 rally car was easily one of the most memorable. With over 373kW and a kerb weight of around 1090kg, performance was (and still is) simply out of this world. 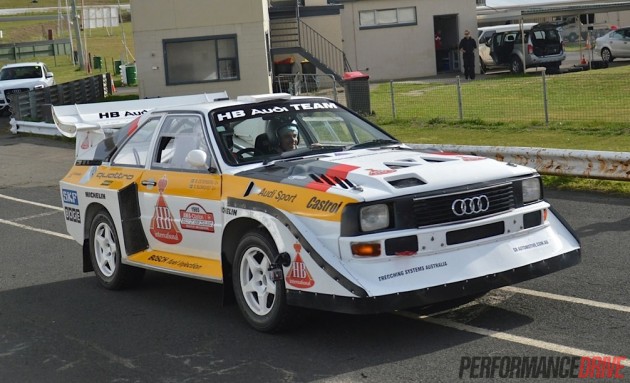 During the Australian launch of the Audi S1 Sportback quattro in Tasmania last week, Audi Australia treated us to a very special and very exclusive joy ride in a Sport Quattro S1 rally car. The car is the only known example in Australia and it’s been fully restored to Group B Rally specification.

This means power comes from a howling 2.1-litre heavily turbocharged five-cylinder engine which creates an iconic scream only interrupted by the chirping wastegate. Back in the days the engine was said to produce well over 373kW, and even as much as 500kW during qualifying and special stages.

For comparison, today’s World Rally Championship (WRC) cars use a 1.6-litre turbo four-cylinder producing 300hp (226kW). All teams are capped to 300hp, whereas in Group B, there were no power restrictions or drive type restrictions. You can imagine the sort of competition this created. Teams were coming up with all kinds of crazy ideas for their cars.

With no power and limited aero restrictions in place the Group B championship attracted huge crowds to each and every event around the world. It got to the point where there were so many spectators that things were quite dangerous. In fact, there were some fatalities. These contributed to a complete re-think and overhaul of the championship, and so Group B was put to an end. 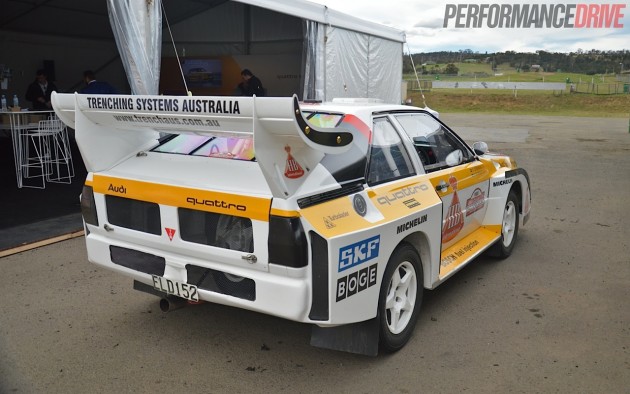 The Audi was one of the most successful. Drivers included Hannu Mikkola, Stig Blomqvist, and Walter Rohrl. Rohrl ran an example of the rally car at the 1987 Pikes Peak International Hill Climb and won the overall event.

It’s difficult for us to explain the sensation and speed of the example we went in. The acceleration is mind-blowing and the all-wheel drive grip is incredible. And to think it used to be driven at breakneck speed through the bush and on slippery surfaces. It’s just insane.

We’ve put together a quick video of the hot laps for you. Check it out below. It certainly goes down as one of the most memorable motoring experiences we’ve ever had.