MINI has released the official time trial video of the MINI Cooper JCW GP car lapping the famous Nurburgring in Germany. The JCW GP is the company’s fastest and most powerful vehicle ever made. 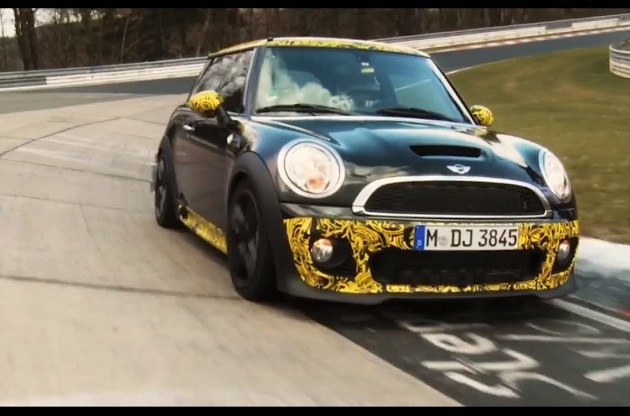 The special edition is kitted out with various performance highlights, including a bespoke interior with racy bucket seats, and an aggressive aero kit incorporating a chunky rear diffuser and a carbon fibre rear wing.

Underneath, it gets beefier brakes compared with the normal Cooper S JCW (John Cooper Works), uprated suspension, and a revised chassis suited to track driving.

Just 2000 GP editions will be made. Up to 20 of them could be headed to Australia, however, the local arm is yet to announce plans.

Click pay below to take a look. It’s a shame the video isn’t a simple complete shot of the lap.