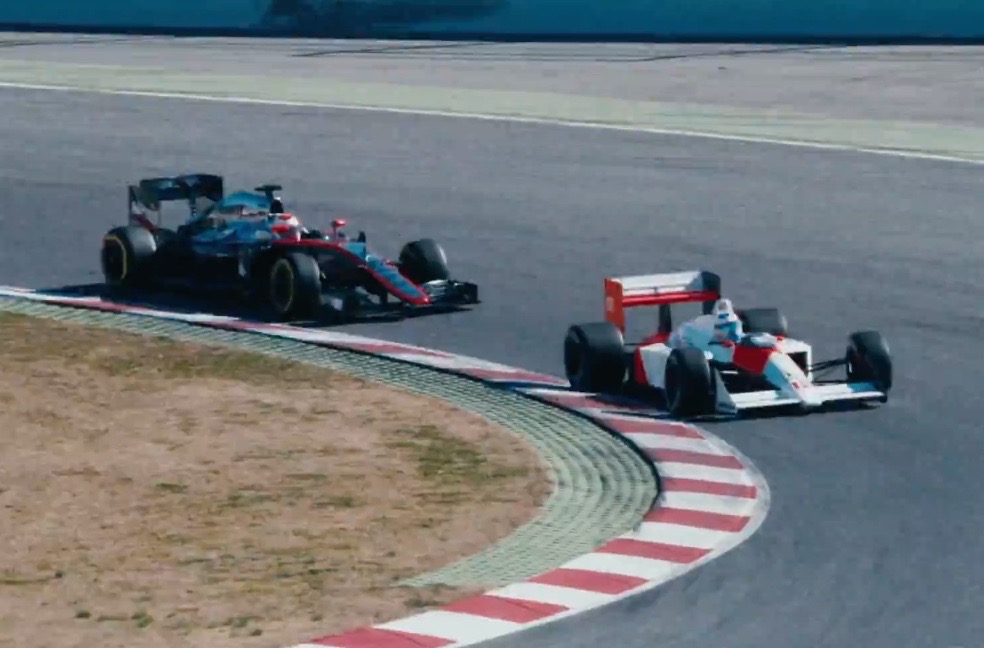 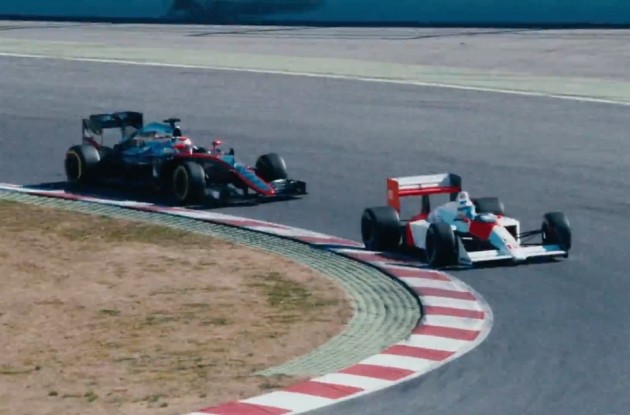 The two-minute clip features Senna in his former glory, as well as McLaren’s current Formula 1 drivers Fernando Alonso and Jenson Button taking an old-school McLaren F1 car for a spin.

The two drivers were lucky enough to revive Senna’s iconic McLaren MP4-4 – the car Senna piloted to countless F1 victories – and test it out against this season’s MP4-30.

In the 2015 season, McLaren has collaborated once again with Japanese manufacturer Honda for its engines, the same as when Senna was racing for the team. Former world champion Jenson Button had this to say:

“When you watch Ayrton’s lap around there [Monaco] when he was one and half seconds quicker than anyone… [it’s] absolutely crazy.”