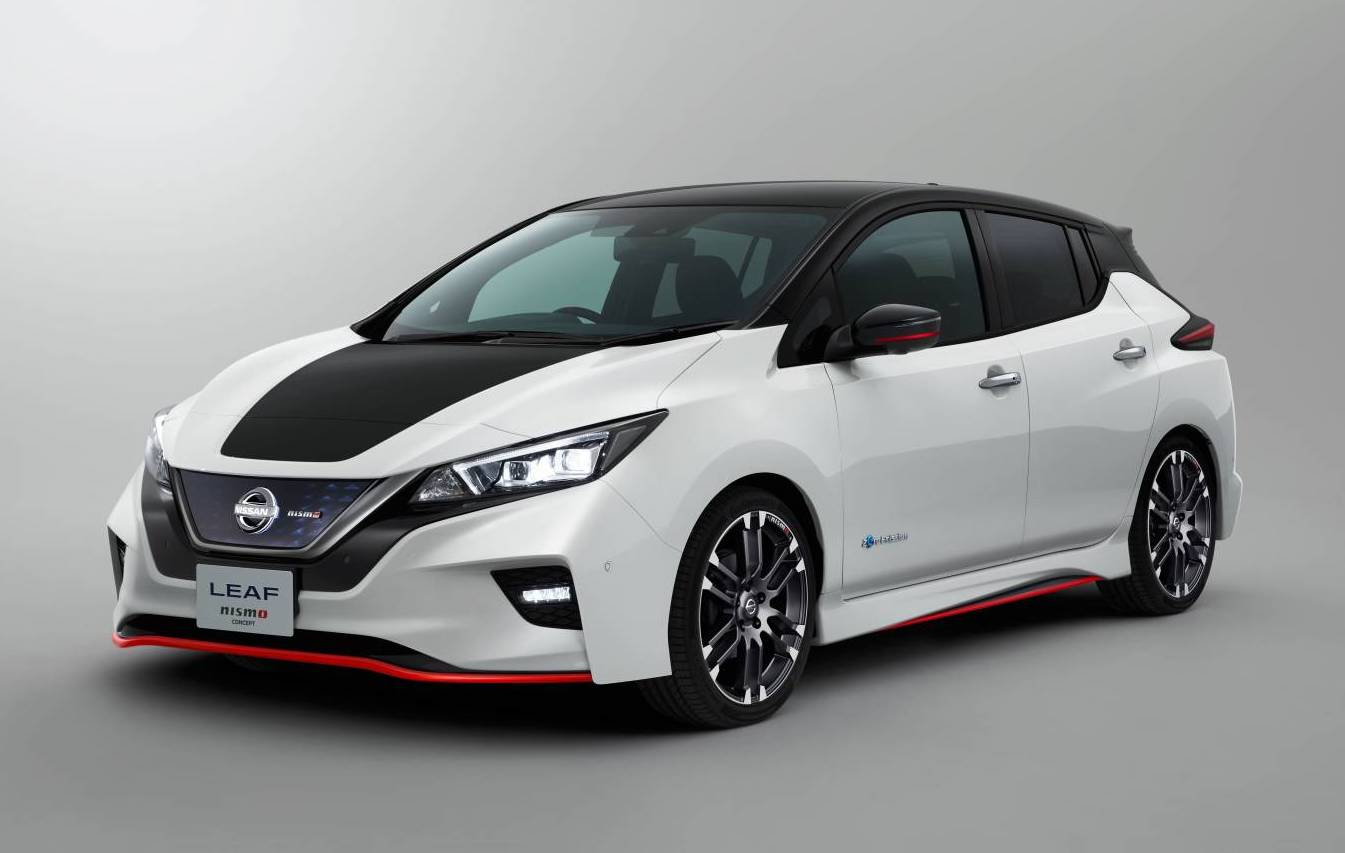 Following the debut of the all-new, 2018 Nissan LEAF at the Frankfurt motor show last month, Nissan is planning to unveil a sporty Nismo concept at the Tokyo motor show in a few weeks. 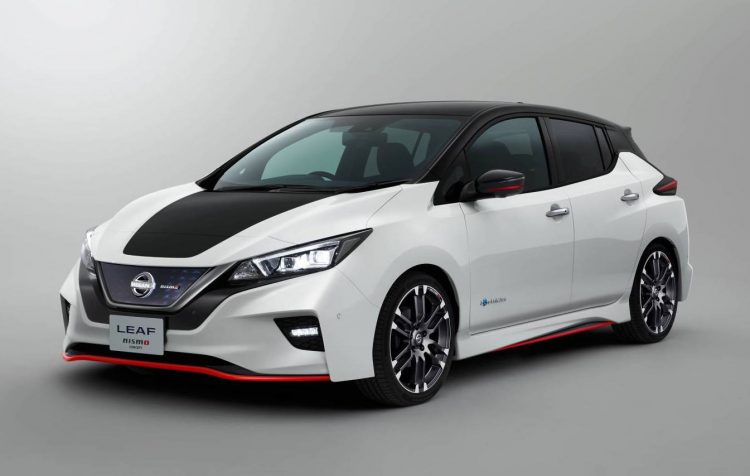 Could this be a sign of things to come from the Nismo brand? Nismo is usually only associated with high-end performance tuning particularly for turbocharged sports cars. But soon, showrooms will be filled with gentle, eco-friendly machines like the new LEAF.

The Nismo LEAF concept is only a concept at this stage but it will show off the potential for the electric city car. It features an aggressive aero kit for the body, with front and rear spoilers and red highlights, helping to reduce lift at speed without sacrificing the drag coefficient, Nissan says.

There’s also sports suspension to improve handling, sports tyres wrapped around Nismo wheels, with a bespoke engine computer tune to enhance “instant acceleration at all speeds,” Nissan says. The interior is also spruced up to match.

In related news, Nissan will also unveil the facelifted Skyline at the Tokyo event. It will showcase a revised exterior with some new-look alloy wheels, meanwhile the interior gets a new steering wheel and shift knob, along with some instrument panel trimmings. The new model will go on sale in Japan in December.

All will be revealed at the Tokyo show which starts on October 25. Stay tuned for plenty of highlights.