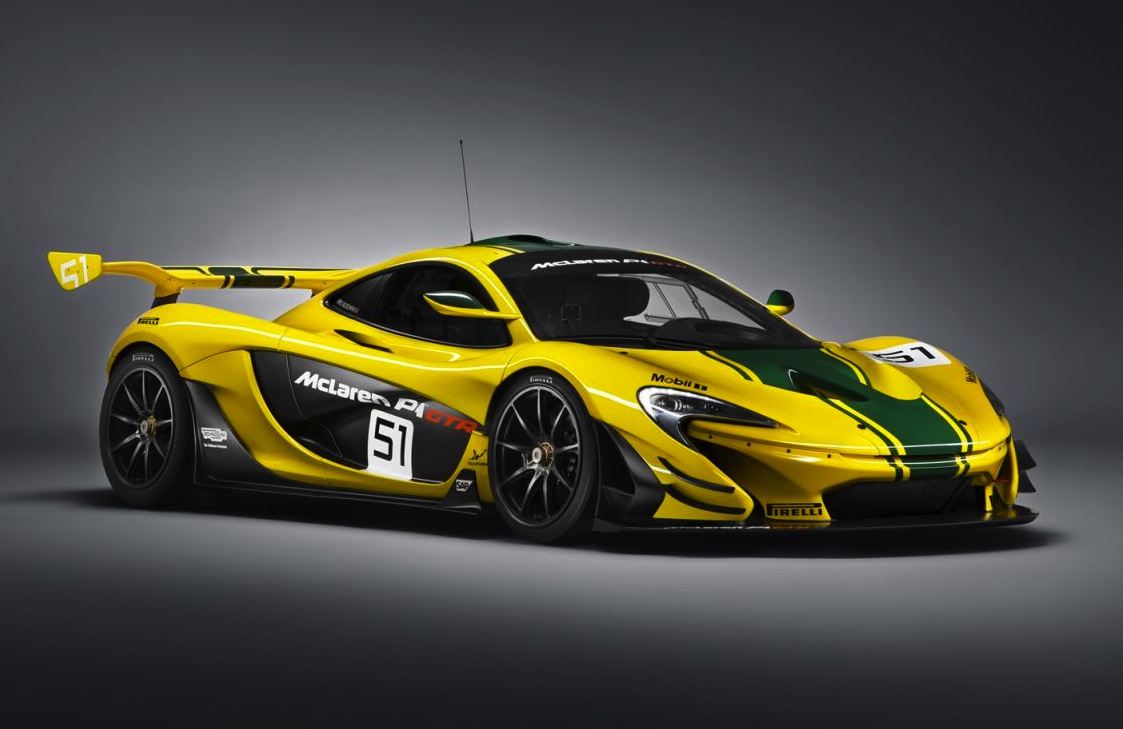 McLaren has taken the veil off the P1 GTR production version ahead of its official debut at the Geneva Motor Show next month. 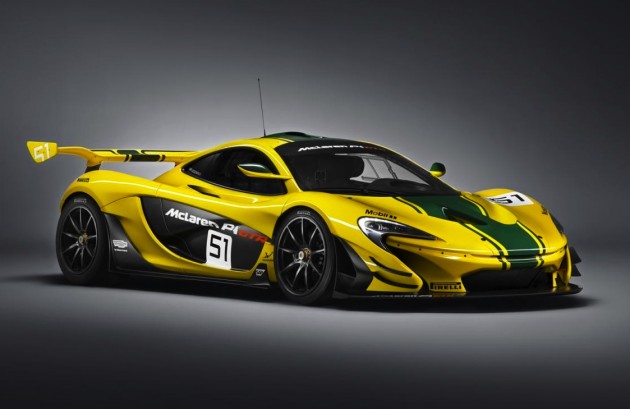 The 3.8-litre twin turbo V8 engine has been revised, now developing 588kW, working alongside an updated electric motor generating 147kW. These bring the total output to over 735kW. This has been achieved through McLaren ditching some road-legal components from the original P1 in favour of race-spec componentry.

The GTR is 80mm wider and sits 50mm lower than the standard car, and has been fitted with a set of 19-inch centre-locking motorsport alloy wheels wrapped in Pirelli slick tires. There is also a large rear wing sitting 400mm above the rear, 100mm higher than the standard P1. McLaren claims downforce levels have increased by 10 per cent in the P1 GTR, generating 660kg at 241km/h.

Designed by McLaren to be the “best driver’s car in the world on track”, thanks to racing-spec technologies like polycarbonate and carbon fiber, the GTR is 50kg lighter than the P1. The twin exhaust pipes have been developed using Inconel and titanium alloy, which alone saves more than 6.5kg.

McLaren has also released details of its driver program that P1 GTR owners are invited to take part in. There is an initial test session at Silverstone, and afterwards the program heads to Spain to the Circuit de Catalunya. Each driver takes part in profiling sessions at the McLaren Technology Center, where data will be crunched, and crunched again, and the owners can have a go in the racing simulator to get a feel of the insane hypercar.

The P1 GTR will make its official debut at the upcoming Geneva Motor Show, wearing livery inspired by the McLaren F1 GTR chassis #06R, in a nod to its racing heritage.