Lamborghini has apparently confirmed a 2012 Lamborghini Gallardo LP550-2 Spyder rear-wheel drive is on the way. It is expected to go on sale next year. 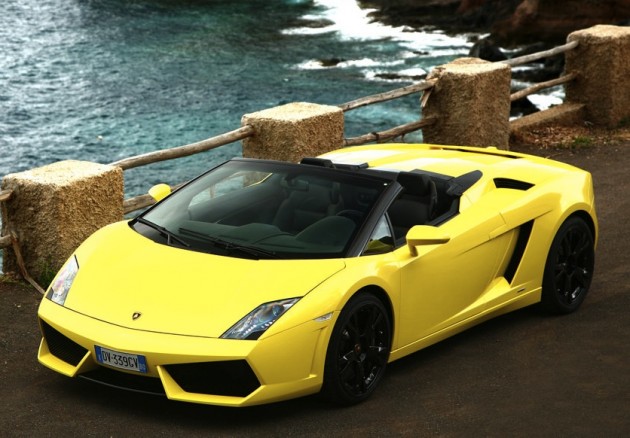 Under the rear hatch sits the Lamborghini 5.2-litre naturally aspirated V10 developing 405kW of power. The engine provides acceleration from 0-100km/h in around 3.9 seconds, in the LP550-2 Balboni coupe anyway.

According to Teamspeed, the Lamborghini Gallardo LP550-2 Spyder will be more demanding compared with conventional all-wheel drive models, offering a “more emotional and gratifying drive” experience.

The more ‘demand’ will obviously be down to the rear-wheel drive setup. Well, at least it will be easier to drift. We’ll keep you updated in regards to a possible Australian launch as soon as we hear more.

In the meantime, tell us, what would you prefer: a normal all-wheel drive Lamborghini Gallardo, or an older fashioned rear-wheel drive setup on a Gallardo?