Ever wondered what happens when 681kW (913hp) is put through to the rear wheels all at once? This 913hp BMW M5 turbo shows what can happen when lots and lots of power meets nowhere near enough tyre traction. 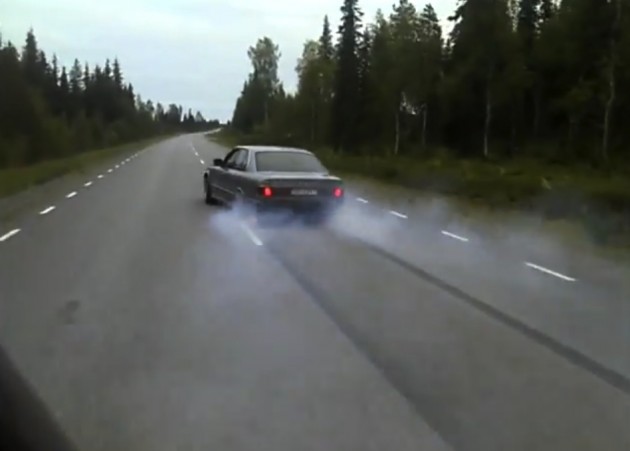 Translated from a dutch website as best as we and Google Translate could, this BMW is tuned beyond oblivion. It features a BMW M5 (S38B36) block, normally a naturally aspirated 3.5-litre straight six in standard form, boosted by a massive Garrett GT4202R turbocharger.

As you’ll see in the video below, hardly any of the horses are able to make use of the available traction, spinning the rear treads for literally hundreds of metres up the road, leaving a rather impressive set of 11s in the process.