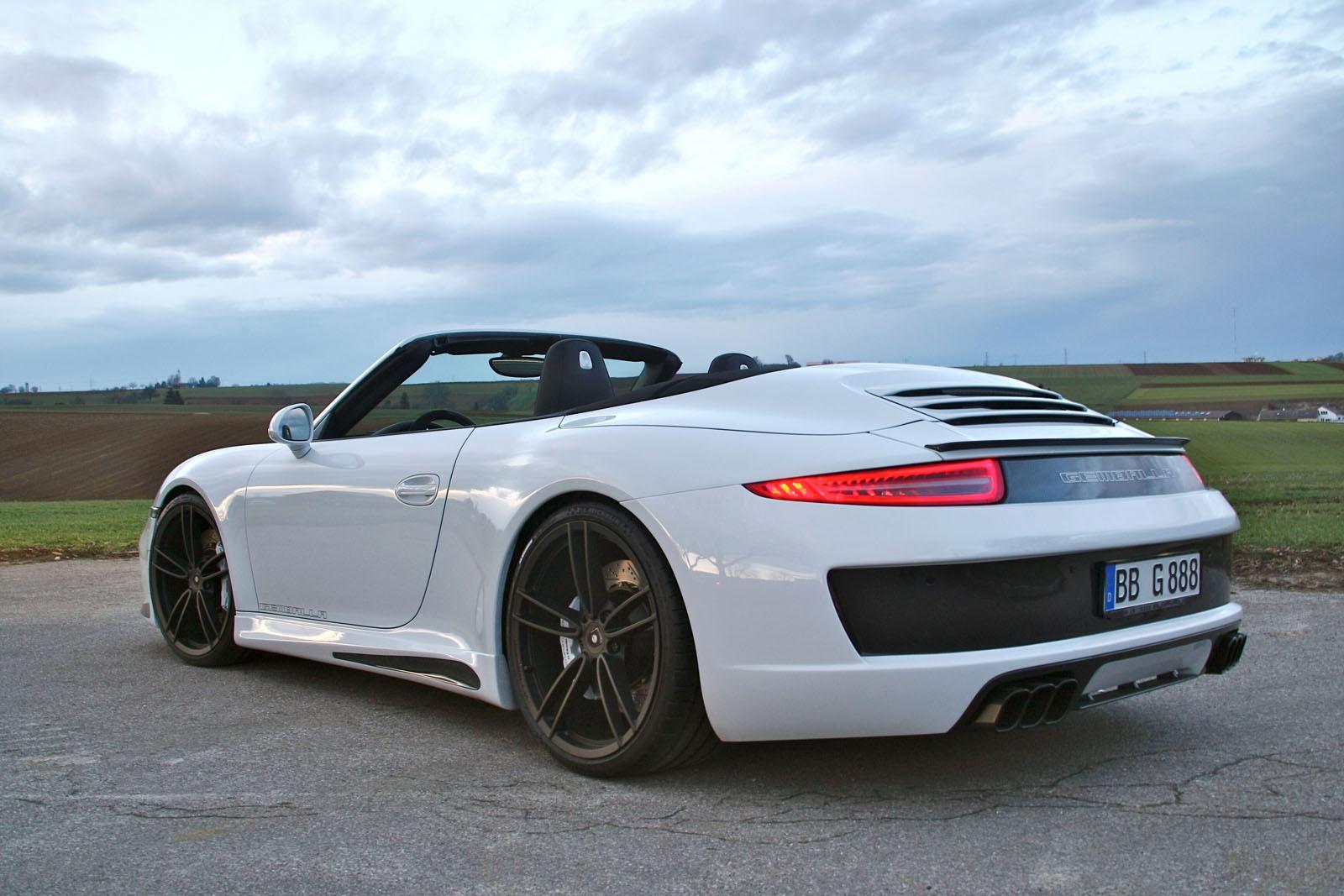 When it comes to Porsche tuning, Gemballa is regarded as being up there with the best of them. The German company has just released a styling package for the latest Porsche 911 Carrera S Cabriolet to show how it’s done. 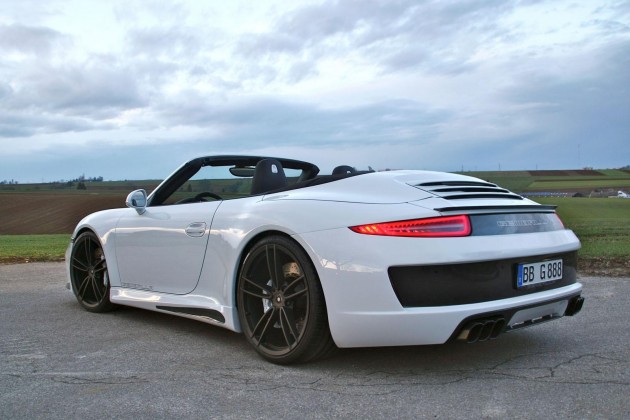 Showcasing a distinct black and white theme, the Gemballa kit includes new front and rear bumper bars with plenty of carbon fibre sections. At the front there’s a large carbon spoiler, while in between the taillights sits a contrasting naked carbon panel.

Continuing the theme are a set of chunky side skirts with intricate little black sweeping sections. A new rear diffuser is also fitted up for further aggressive yet subtle enhancement, with a black recessed panel giving the 911 a completely fresh look.

Gemballa is usually renowned for producing high-horsepower performance upgrade kits, however, in this case the firm has selected to go for a more discreet setup. The 3.8-litre naturally aspirated flat-six is tweaked thanks to a six-outlet exhaust which provides an additional 7kW (302kW/440Nm in total). 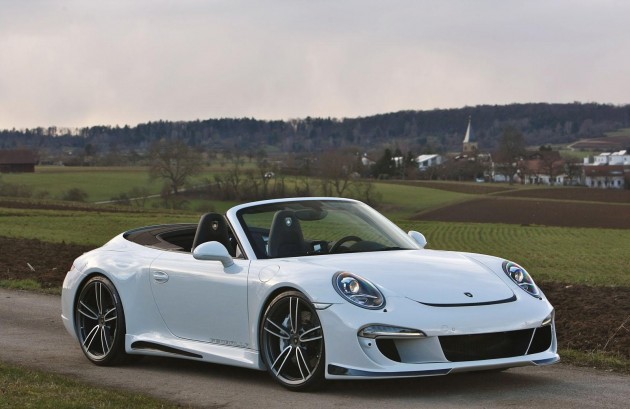 To finish off the overall very cool look, Gemballa offers sports lowered suspension to bring down ride height by 20mm. The guards sit perfectly on a set of 21-inch Gemballa GForged-one lightweight alloy wheels. The wheels are lighter compared with the smaller 20-inch factory items, according to Gemballa, improving handling slightly.

Overall, you have to admit, the package gives the Porsche a suave, aggressive, and highly desirable styling character.