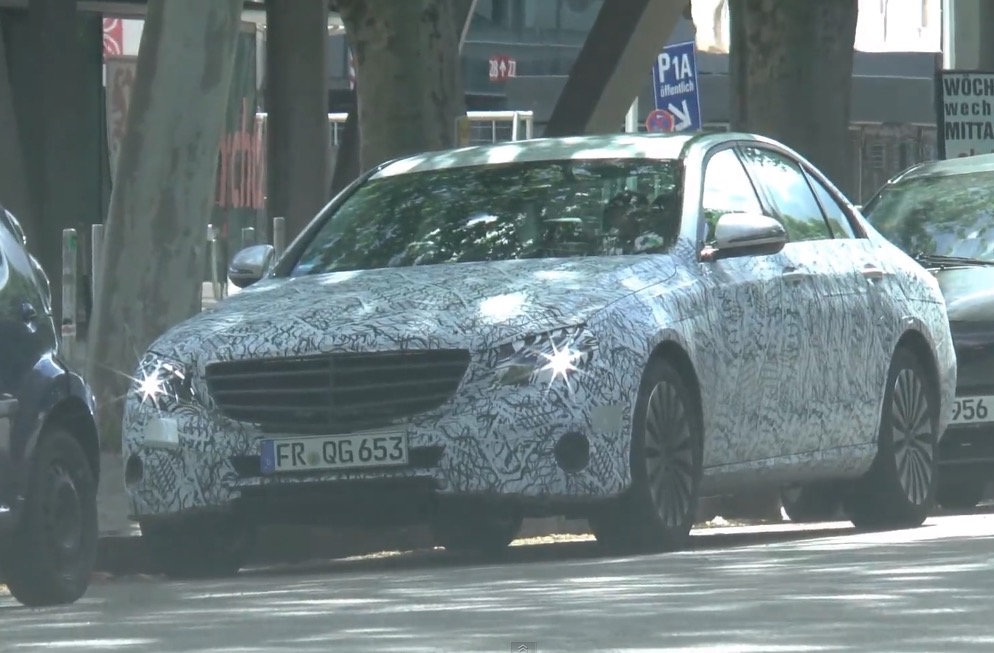 Mercedes-Benz has been spotted test driving a prototype version of the next-gen ‘W213’ E-Class out and about in Germany. It’s wearing plenty of camouflage which probably means it is still quite far from production yet. 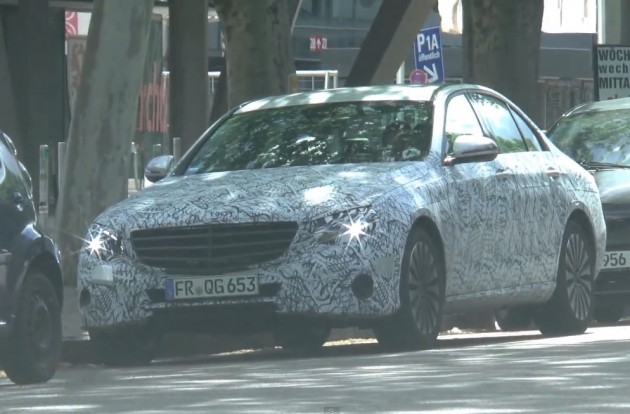 The video gives us a quick look at the exterior design and proportions, which, so far, look quite similar to the current E-Class. A new front grille is likely to stage the front end, while updated headlights and a new lower apron is also expected. At the back it looks like the new model will take on the more rounded shapes as seen on the latest C-Class, with bulbous taillights and a protruding rear bumper.

According to reports, the W213 E-Class is set to be underpinned by a new platform, called the MRA. With this, we could see the kerb weight drop by as much as 150kg. Such a drop would obviously help with overall performance, economy, and handling dynamics.

As for the powertrain options, Mercedes is said to be configuring a new inline six-cylinder lineup, with reports of a 2.9-litre turbo-diesel producing as much as 230kW. We’ve also heard rumours of e-turbo technology making its way into the showroom, with six-cylinder units offering up to 300kW.

There’s also set to be a new range of entry-level units, potentially including a fresh 1.6-litre diesel, and even more efficient 2.0-litre-class engines. A hybrid model is likely to make up the range as well. 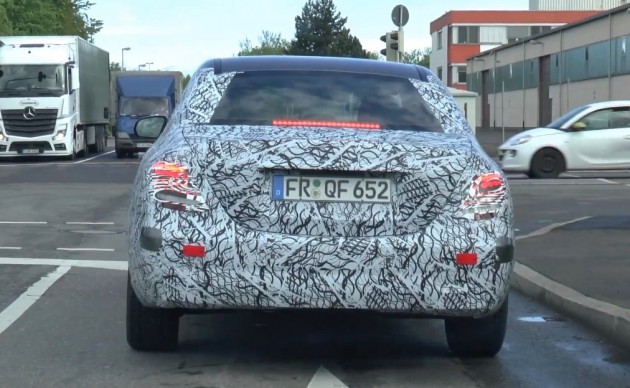 The current W212 model has been on sale since 2009. Rumours suggest the company is planning a full debut for the new model at next year’s Detroit auto show, in January. Take a look at the video below in the meantime for some idea of its design.