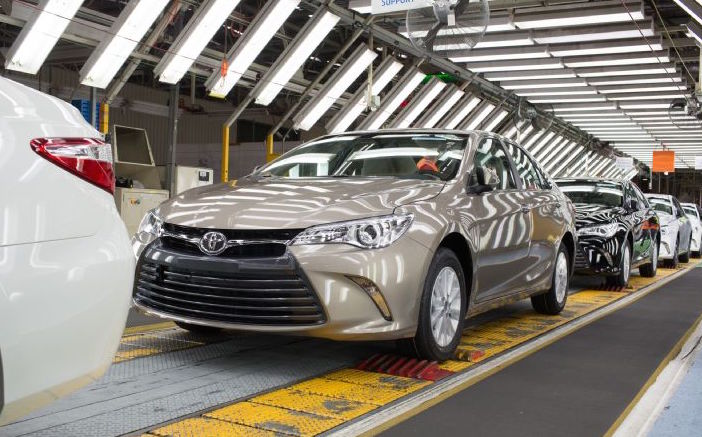 Production of the new-look 2016 Toyota Camry has begun at the Australian manufacturing facility in Altona, Victoria. It will be the last Camry produced in Australia before all local Toyota manufacturing closes down at the end of 2017. 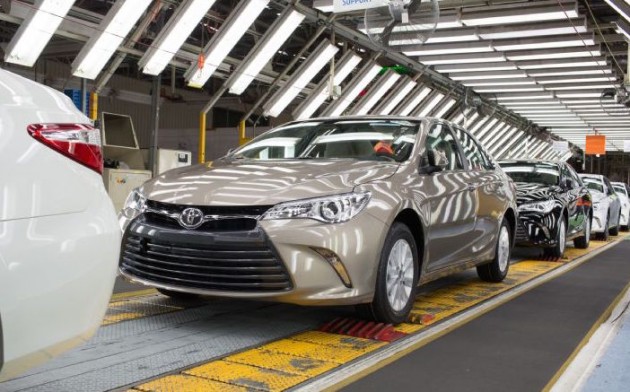 The new-look Camry was previewed by the US version at the 2014 New York auto show, featuring a wide-open grille that’s now in line with the rest of Toyota’s latest models. There’s also new panels pretty much all around compared with the outgoing model.

Inside, Australia misses out on the vastly updated interior of the US version. Instead, there are new materials and minor trimming changes – keeping in mind the current model Camry was only launched here in 2012. Speaking about the new model, Toyota Australia boss Dave Buttner said,

“Although this will be the last car we build in Australia, we have vowed that it will be the best. That means we are aiming to achieve the best safety, quality and efficiency results when compared to other Camry-manufacturing plants around the world.”

Engine options will remain unchanged, meaning the 2.5-litre four-cylinder continues in its 135kW/235Nm tune, while the Camry Hybrid comes with a 151kW 2.5-litre supported by an electric motor.

Toyota Australia will follow Ford and Holden in terms of closing down local facilities. Ford is set to close up shop late in 2016 while Holden is set to shut its manufacturing doors by the end of 2017. The Toyota closure will involve an employee downsize, going from around 2500 in the production sectors to around 1300.

Pricing and detailed specifications and trim levels for the new model will be announced closer to its launch in May.