What do you do when you’re one of Google’s high up executives? You buy yourself a very special and very rare limited edition Ferrari 599XX Evolution of course. 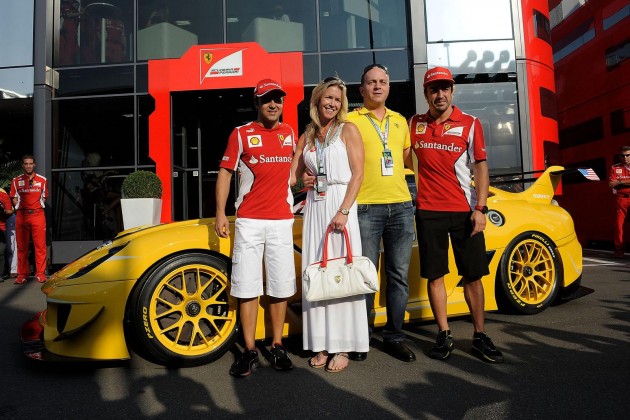 President of Google engineering Benjamin Sloss – a self-confessed “horsepower junkie” – won this Ferrari 599XX Evolution at an auction event earlier this year which was organised to help raise money for the victims of the Emilia Romagna Earthquakes. Sloss put in the winning bid of 1.4 million euros (approximately AU$1.73 million).

The car has now just been delivered to Sloss at a special event in Monza, Italy, including the attendance of Ferrari boss Luca di Montezemolo. Ferrari F1 drivers Fernando Alonso and Felipe Massa were also on hand to hand over the keys.

The Ferrari 599XX Evolution is a special track-only vehicle based on the Ferrari 599. It features a 6.0-litre naturally aspirated V12 producing a whopping 552kW of power and 700Nm of torque.

Thanks to the help of various lightweight carbon fibre elements, the 599XX Evo has lapped the famous Nurburgring in just 6:58. This makes it one of the fastest production cars – including non-registrable cars – to ever lap the circuit.