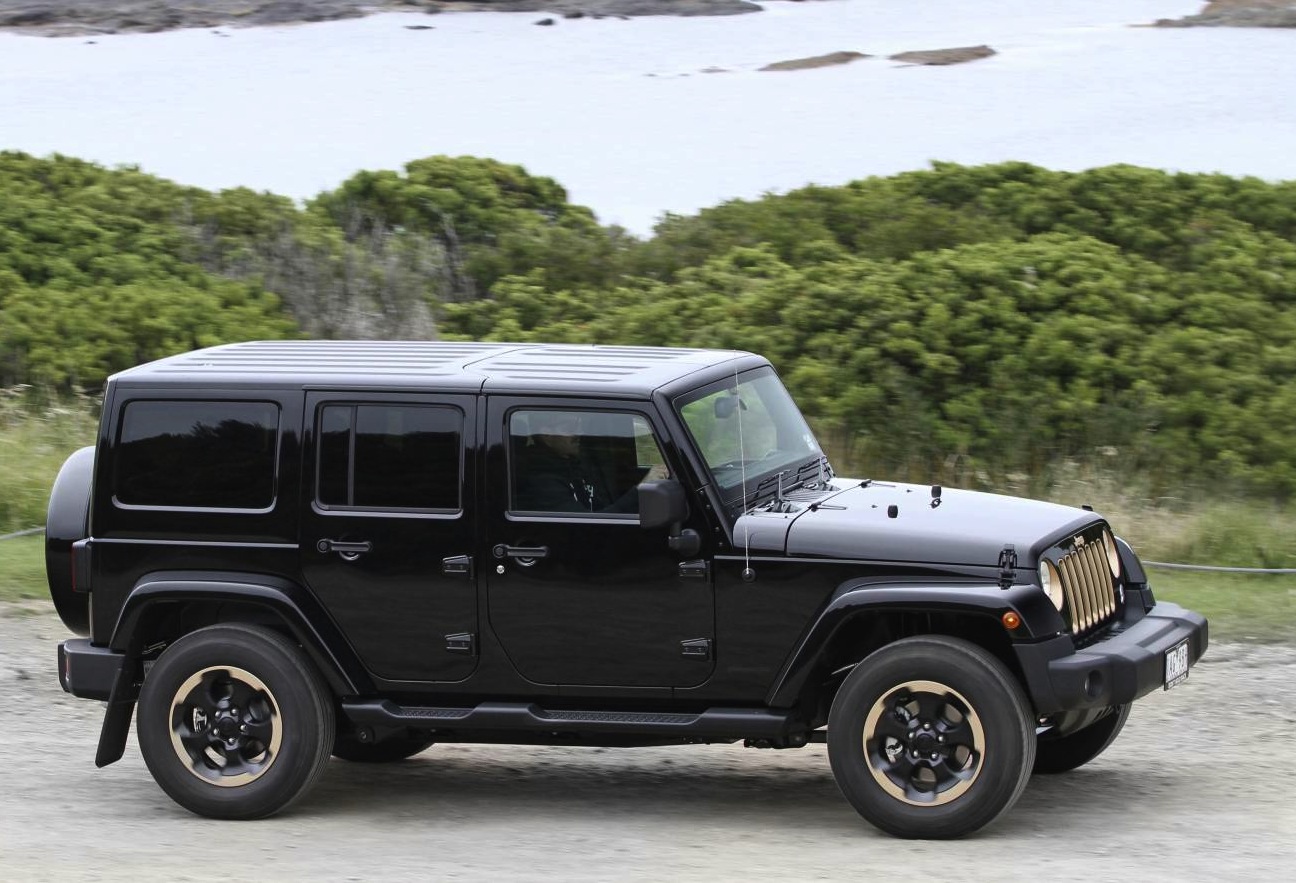 Jeep Australia has launched a new special edition Jeep in the 2014 Wrangler range called the Wrangler Dragon. It comes with a number of styling and equipment tweaks to give it a sinister, more imposing look and increased luxury. 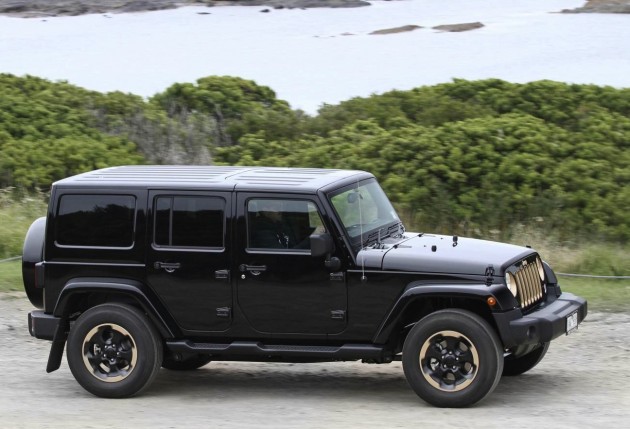 Based on the Wrangler Unlimited Overland, the Dragon edition is available exclusively in black. It comes packed with features, including a black Nappa leather upholstery, special embroidered front seats, and various Dragon bronze highlights.

It also comes with a Uconnect multimedia interface with satellite navigation, Bluetooth support, and a reversing camera.

On the outside, the Dragon is distinguished via a set of 18-inch Dragon bronze alloy wheels, a Mopar fuel filler door with Dragon bronze bolts, a dark charcoal metallic Dragon logo covering the bonnet, and a full body-coloured three-piece hard top.

Under the bonnet sits the company’s 3.6-litre Pentastar naturally aspirated V6 petrol engine producing 209kW of power and 347Nm of torque. The power is sent through a five-speed automatic transmission and into all four wheels.

Like the regular Wrangler Unlimited Overland, the Dragon represents fantastic off-road ability thanks to its 35-degree approach angle and 28-degree departure angle. It also showcases 223mm of ground clearance to get over the toughest of terrains.

The new edition sits at the model’s new flagship variant, even overshadowing the iconic Rubicon in terms of price. See below for the full price list for the 2014 four-door range (excluding on-road costs):