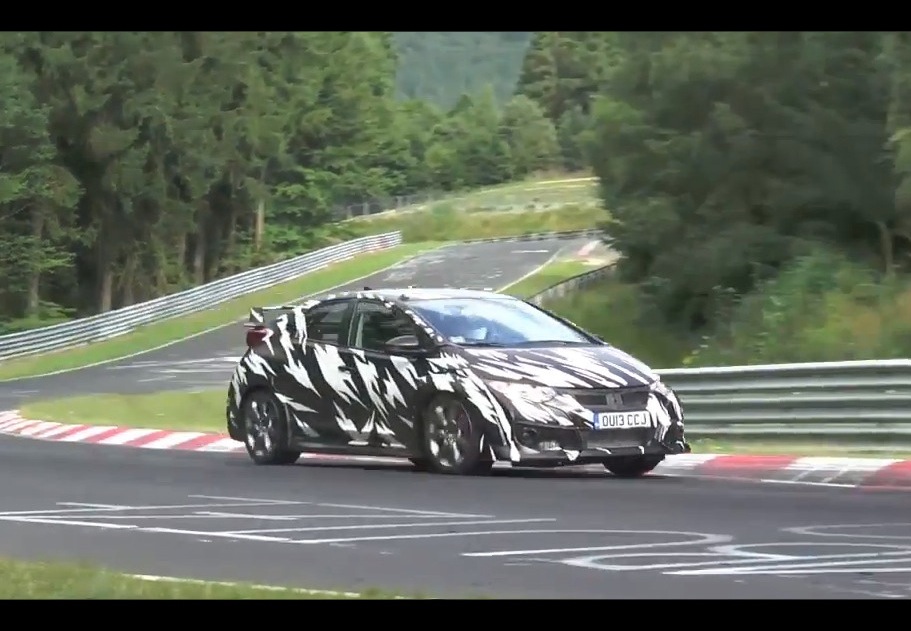 Honda has been spotted once again testing a prototype version of the 2015 Honda Civic Type R. This time it seems the company is calibrating on-road settings as well as testing its track performance at the Nurburgring. 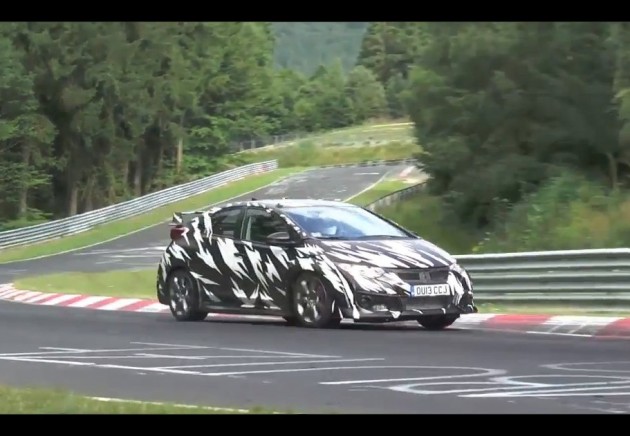 As previously reported, Honda has confirmed the next Civic Type R will feature a new 2.0-litre turbocharged engine for the first time. Power outputs are yet to be finalised, however, the company has said it will produce “at least 206kW”.

With this kind of power on tap it’s no surprise Honda has high hopes of the new model, even going as far as setting a goal to become the quickest factory front-wheel drive car to ever lap the Nurburgring in Germany.

Like the predecessors, the 2015 model is set to come with various body enhancements such as a large rear wing, deep front spoiler, and a set of bespoke lightweight alloy wheels.

Underneath it all the car will also feature high performance suspension and brakes to the tune of the Type R philosophy – by the looks of this prototype, the suspension and chassis will be very tight and rigid indeed.

Honda fans still have plenty of time to save up for the new model as it isn’t set to arrive until late next year at the earliest. Click play below for a preview.