Kia will unveil a new concept car at the upcoming Chicago Auto Show called the Kia Cross GT. It’s set to be larger than the Sorento while showcasing a sporty coupe-like profile. 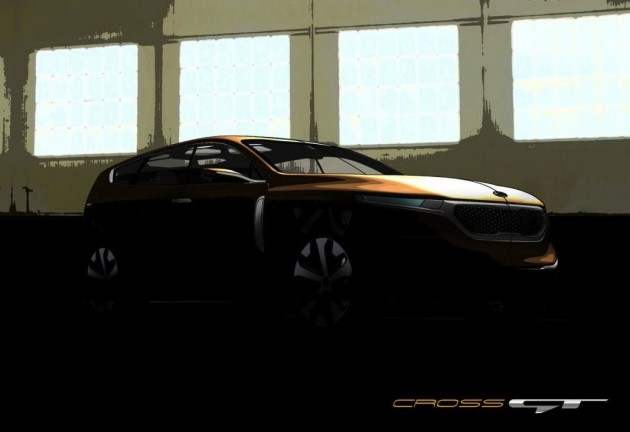 Limited official details are available at this stage, however, the company is describing it as a premium “Crossover Utility Vehicle (CUV)” which is larger than the 2014 Sorento.

According to Kia, the concept shows off the company’s new generation design language too, although, you can see a similar grille layout is carried over from today’s models.

It appears it will feature very slim headlights which blend in with high ‘cheek bones’. The cheek bones form a bolstered wheel arch which is likely to match a set of pumped rear wheel arches as well.

In terms of engine power, the new model is expected to showcase some form of super fuel-efficient powertain, in Kia’s words, “driven by technology”.

All will be revealed at the 2013 Chicago Auto Show starting February 7. Stay tuned for more details.