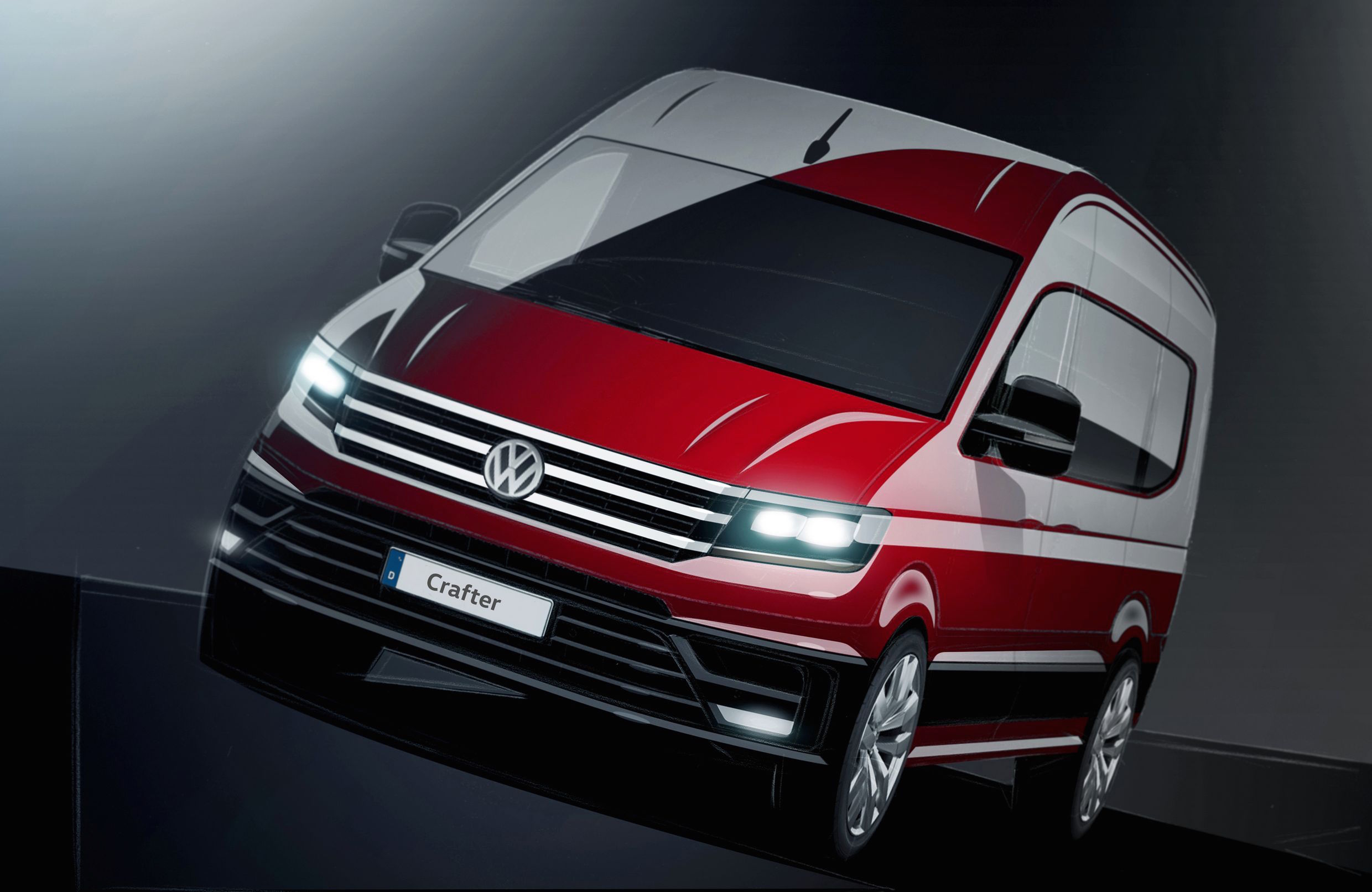 Volkswagen has released CGI teasers for the forthcoming all-new Crafter. The Crafter is the largest commercial vehicle in the company’s lineup, and the last model to be brought into line with the Wolfsburg icon’s current design language. 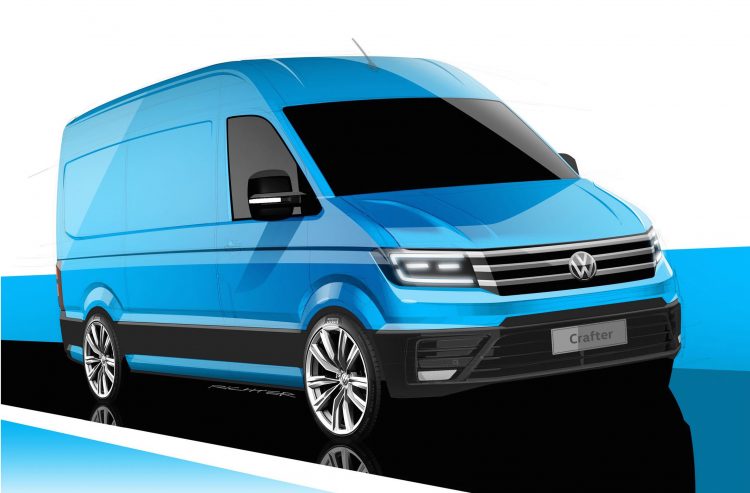 The Crafter competes with the largest Ford Transit RWD, Hyundai HB350, Mercedes-Benz Sprinter and Renault Master. The new model will boast a class-leading drag coefficient of 0.33Cd, which is incredible for a van. Engines are expected to include the new 3.0-litre diesel V6 featured in the facelifted Amarok, as well as 2.0-litre four-cylinder engines in the smaller, front-wheel drive Transporter.

In the sketches we can see a much cleaner and modern design incorporating the same grille treatment seen in the Transporter and Passat, with the ‘Gillette shaver’ grille and LEDs. Sporty alloys in the renderings mean there could be some luxury and sports-oriented variants as well. Cab-chassis versions are set to be offered in addition to various roof heights.

Said to be built in Poland, the van will be showcased at the 2016 Frankfurt Motor Show in September, followed by market arrival in 2017.