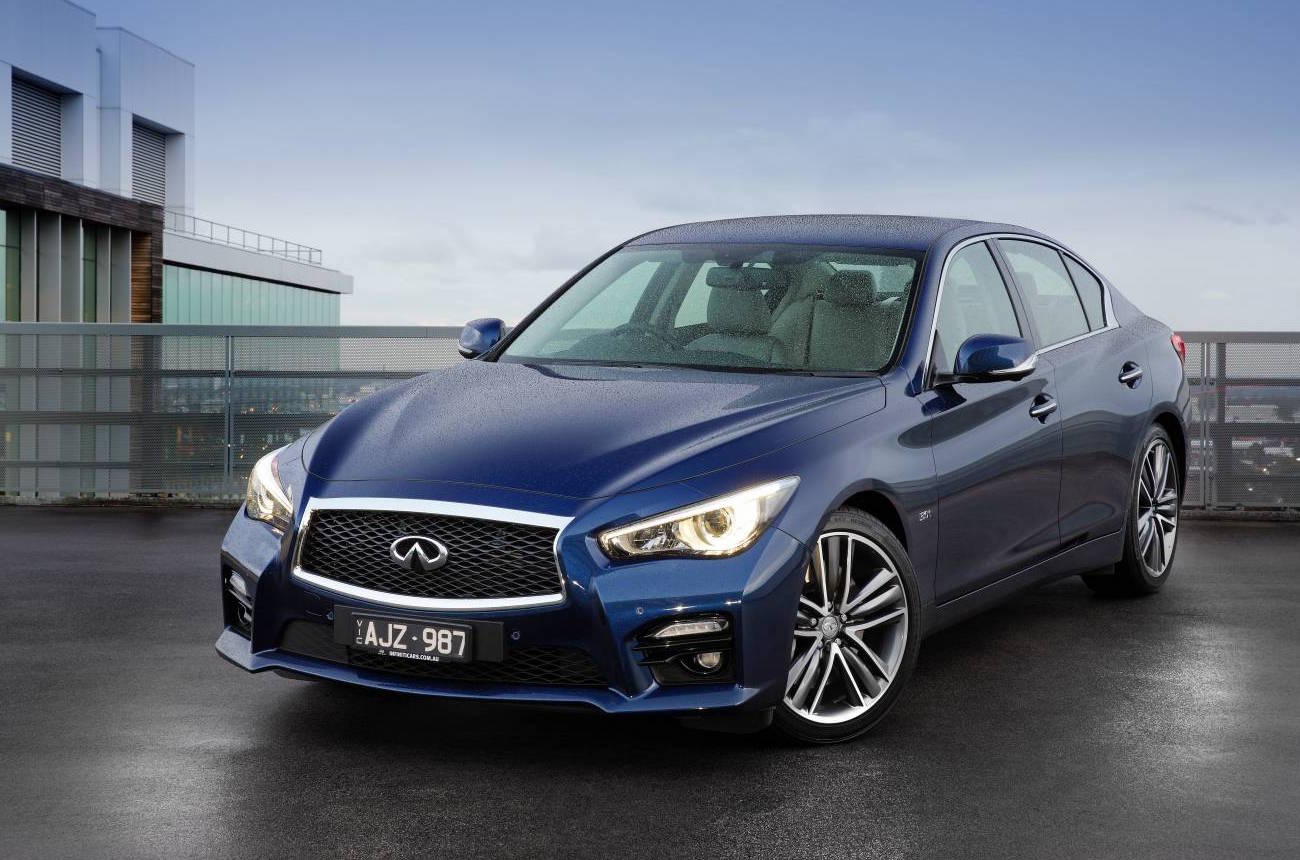 It’s been confirmed. Infiniti is introducing the awesome new VR30 twin-turbo V6 engine to the 2016 Q50 range. This makes it one of the most powerful sedans in the class. 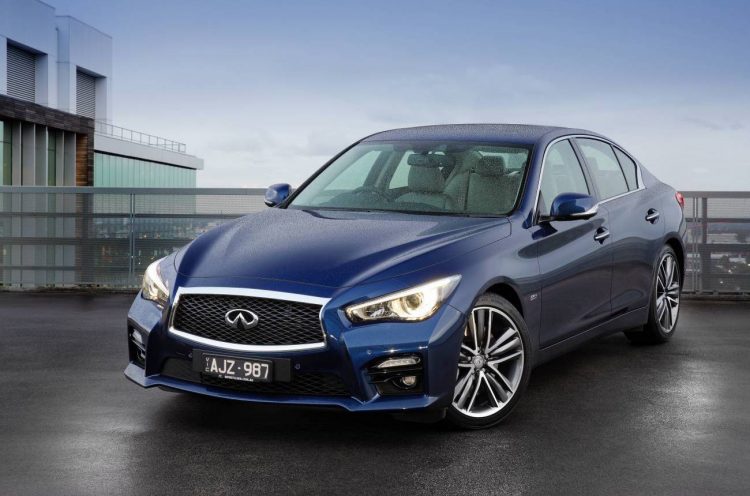 Going up against the sub-performance sports sedans like the 270kW Mercedes C 43 AMG, the 250kW Jaguar XE S, and the 240kW BMW 340i, the 2016 Infiniti Q50 Red Sport promises very exciting performance. Aussie buyers will be offered two tunes, peaking at 224kW and 400Nm for the S Premium, and 298kW and 475Nm for the Red Sport.

For the 224kW tune the 3.0-litre twin-turbo runs at 9.5psi and uses an intercooler with a single water pump, while the 298kW tune runs 14.7psi and uses two water pumps for the intercooler. The final drive ratio is slightly different in both, with the 224kW using a longer-geared 2.9:1 ratio while the 298kW uses a punchier 3.1:1, strangely – you’d think this would be the other way around?

Aside from the engine changes, the 2016 Q50 now comes with an around-view monitor as standard, moving object detection for reversing, adaptive headlights with auto high-beam, and direct adaptive steering with active lane control, all as standard.

PerformanceDrive is hoping to review the new model as soon as possible so we can go over more of the details. Interested punters can order their new model now, with prices starting from the following (excluding on-road costs – special drive-away pricing is being offered as well [right column]):