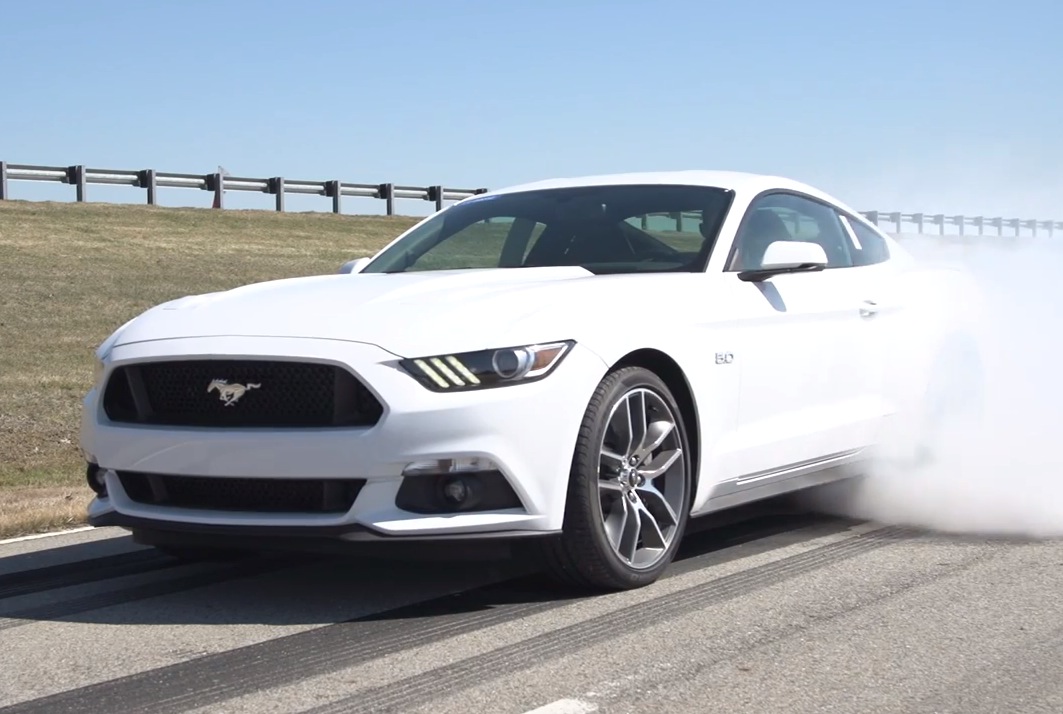 You may remember a rumour about Ford working on a new burnout control system for the 2015 Mustang GT. It has now been confirmed. 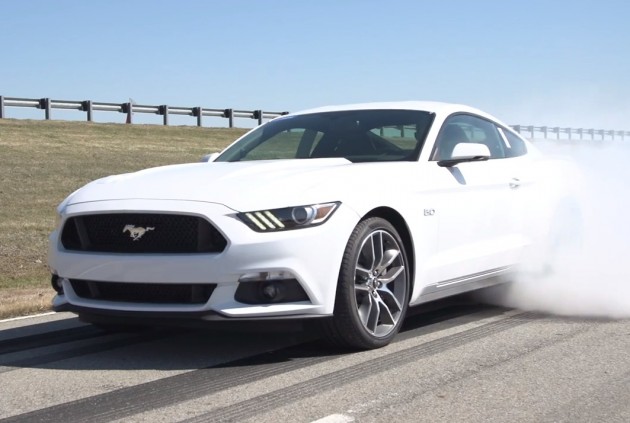 The system will be one of many ‘track applications’ found in the new Mustang. What you get is a line-lock system which clamps only the front brakes allowing you to do nice big burnouts at the drag strip without ruining the rear brake discs/pads.

You have to hand it to Ford for coming up with a technology that will most likely go down very well with muscle fans and enthusiasts. Dave Pericak, Mustang chief engineer, spoke about the system, saying,

“We’re using advanced controls technology for the all-new Mustang to provide some of our most dedicated fans with an industry-first feature they can use when they go to the track.

“With electronic line-lock, customers who drive their Mustangs to work all week and then compete on the weekends will appreciate not having to modify their brake systems to be able to do effective tire prep at the drag strip.”

Although burnouts are a great pastime, the idea behind the system is to get some heat into the rear tyres before doing a quarter mile run, for instance. Buyers might also choose to fit super-sticky tyres onto their new Mustang, in which case heating them up before a run would be a lot more beneficial.

A demonstration video has been launched to outline the system. Take a look below.