Mercedes-AMG GT sounds so dirty it should be R-rated

Mercedes-AMG has worked wonders on honing the exhaust note of the new AMG GT sports car. It produces a dirty, dirty soundtrack that makes goosebumps stand tall on the back of your neck. 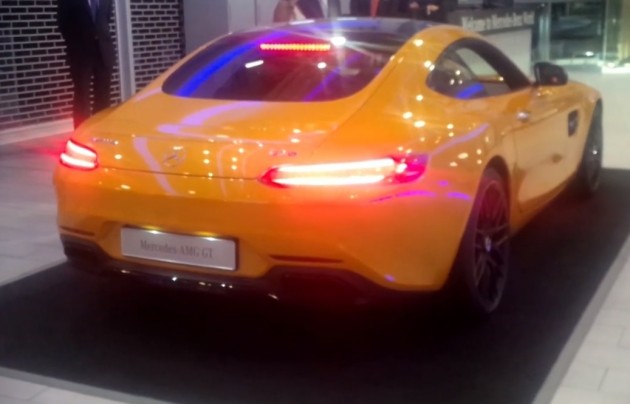 The new model has only just made its public debut at the 2014 Paris Motor Show currently underway. It’s the company’s latest attack on high-end sports cars such as the Jaguar F-Type and Porsche 911.

Under the bonnet sits a new 4.0-litre twin-turbo V8 engine. But you wouldn’t expect it. Turbochargers usually subdue and muffle exhaust crispness. Not here though, as you can hear. It’s equipped with a specifically designed exhaust system to capture the performance of the V8 purely through sound.

It snarls and claps V8 thunder into the hall where the GT is being showcased at the Paris show. It’s not all sound either. Two versions are being introduced, including a 350kW ‘base’ model and a 375kW ‘S’ model. Both come with various driver modes including exhaust modes.

Mercedes-Benz Australia is yet to announce local market dates and prices. We’re sure it will be a very popular model when it arrives. You can take a listen below thanks to popular YouTube channel Shmee150. The model you’re seeing is the GT S version in sport mode and normal mode.