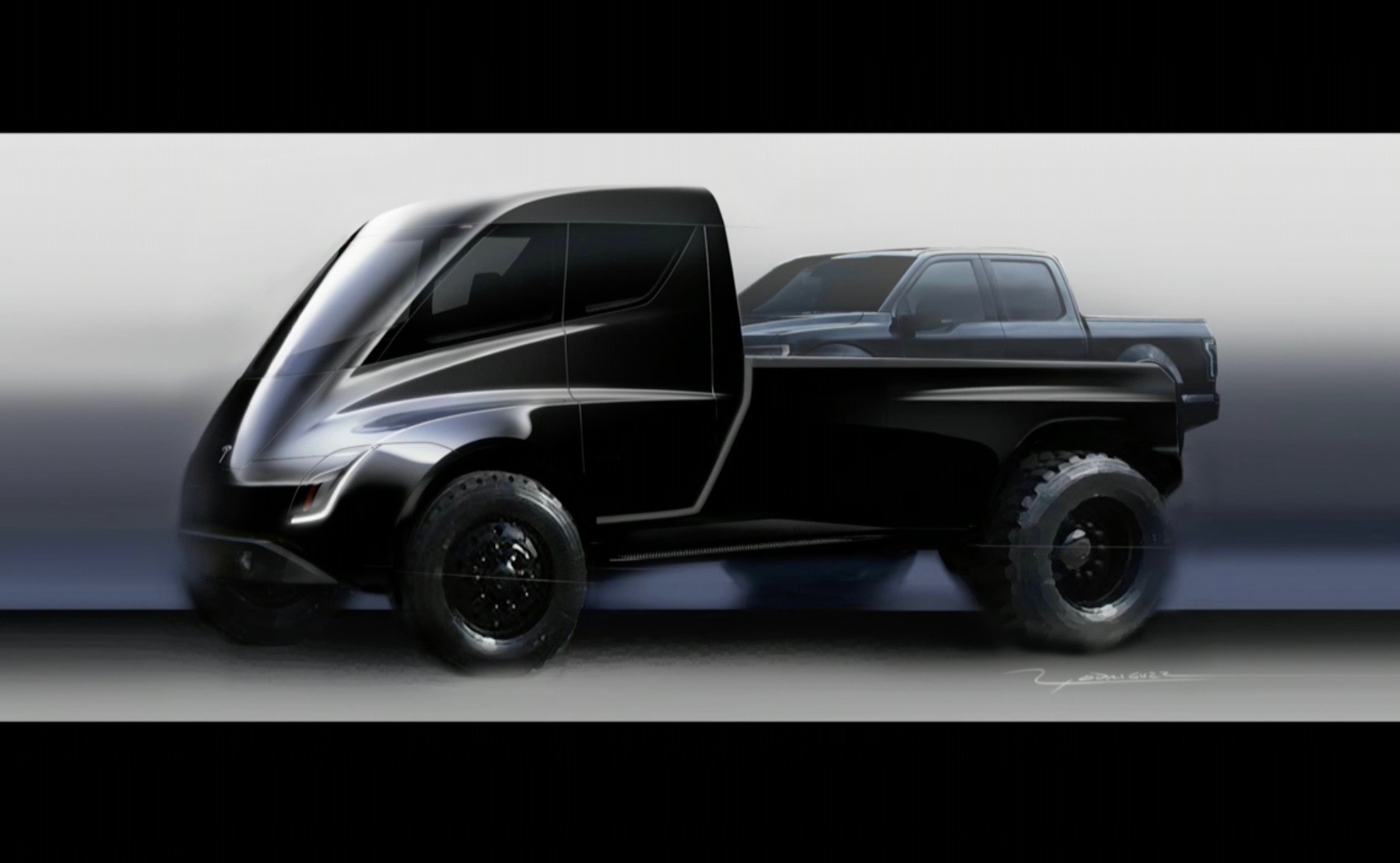 An image of the Tesla pickup truck was flashed up during presentations of the Tesla Semi truck, giving us some clues of the design. It looks like a miniature version of the Semi truck. 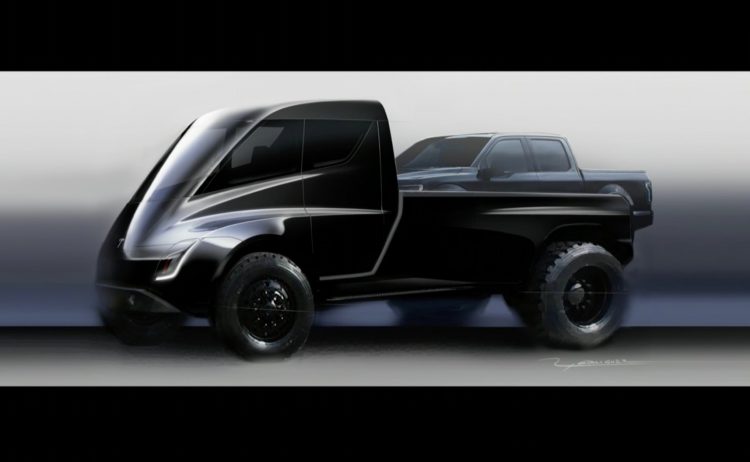 Tesla boss Elon Musk has previously said the company may eventually introduce a pickup truck. In a reply to a tweet, Musk said, “What if we just made a mini version of the Semi?”

Utes are very popular in Australia and pickup trucks are even more popular in the US. The US versions are usually bigger than our double-cab favourites, with super heavy duty towing capacities and large turbo-diesel and petrol engine options.

By the looks of this teaser, Tesla is thinking more along the lines of the latter. The image shows what us Australians would call a light truck, with a huge loading bed in the back which appears to be large enough to carry an entire dual-cab ute.

During the presentation of the Semi yesterday, Elon Musk entertained the idea of the Tesla pickup truck, saying that it’s a pickup truck that can carry a pickup truck. He said it’s a vehicle that requires only a regular licence to drive, although, as a joke, says that it shouldn’t be legal.

No production details are confirmed at this stage but given the huge backlog of vehicles it already has to produce, such as the delayed Model 3 and now the new Semi coming in 2019, and the new Roadster in 2020, we’d guess the pickup truck wouldn’t arrive until at least 2020. You can watch the full Semi unveil stream below.