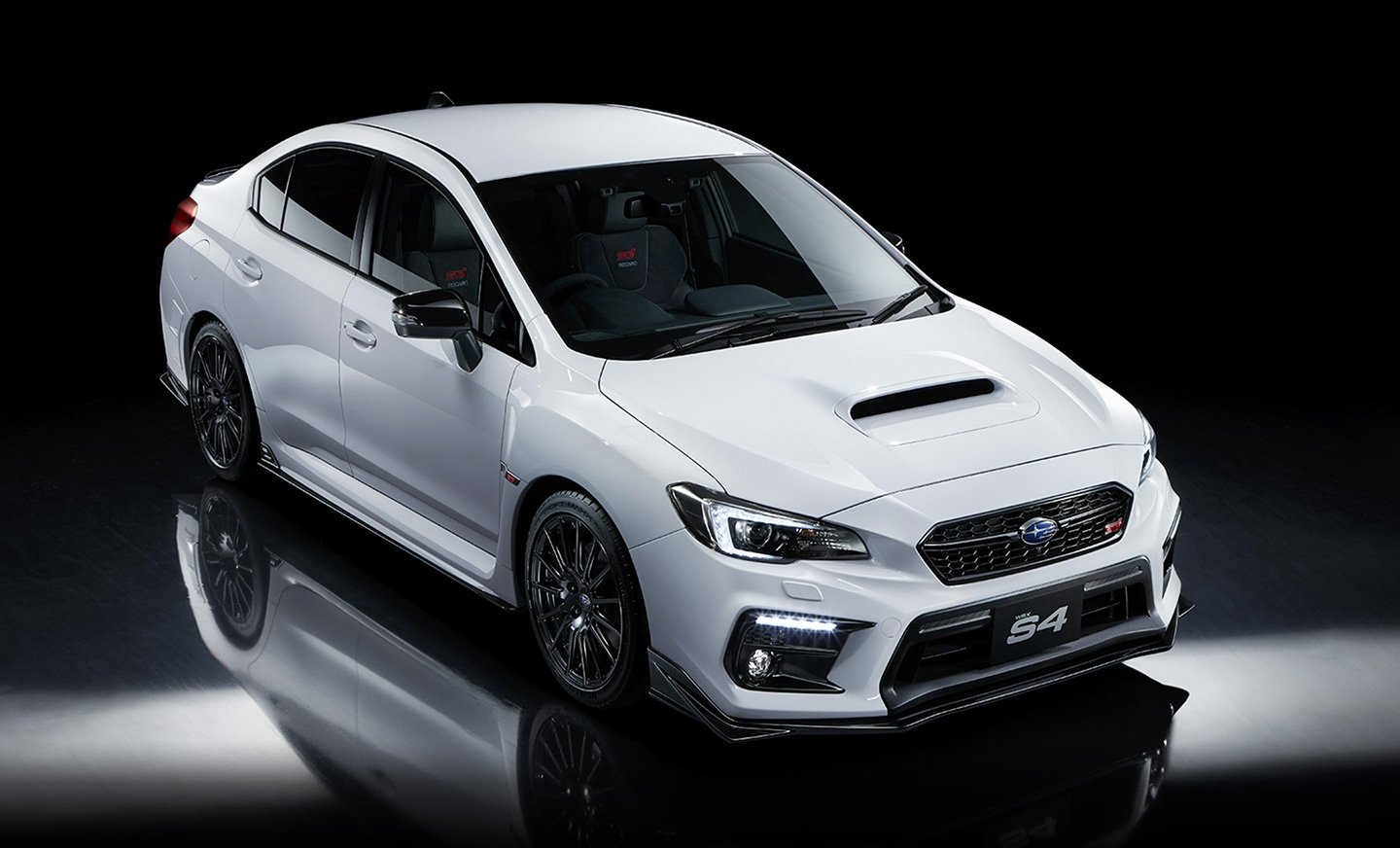 Subaru has announced yet another iteration of the iconic WRX, called the S4 STI Sport # – a symbol for ‘sharp’ in musical terms. As usual, the special edition is being launched for Japan only at this stage. 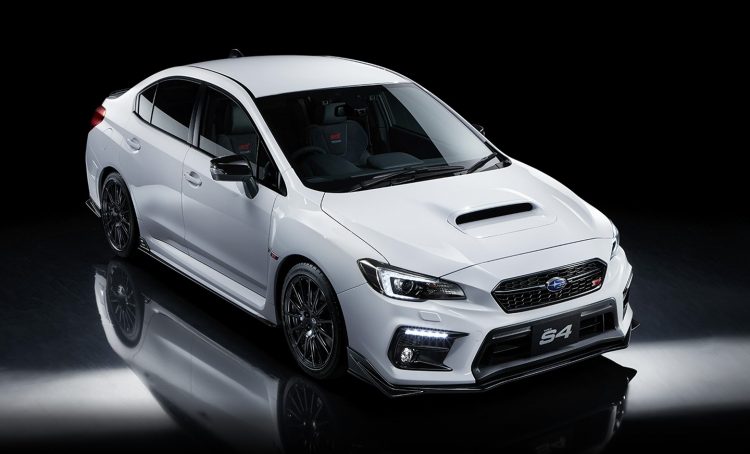 Yes, the Subaru WRX lives on. However, the next-generation model is said to be around 1-2 years away. So, in the meantime the company is introducing special editions to keep the candle burning. Such as the case with this S4 STI Sport #.

It mainly comprises of cosmetic enhancements, but there are some interesting performance parts taken from the STI catalogue. At the front is a special grille in dark grey silica, underscored by a more aggressive spoiler lower down featured in black. Completing the darkened theme is a set of 18-inch aluminium wheels, also in black. 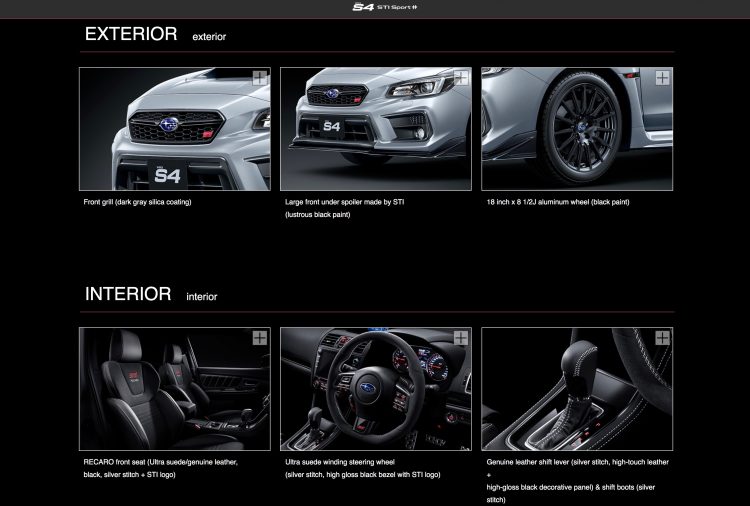 So, how about those performance upgrades? To improve handling Subaru has installed a flexible strut tower brace for the front end, as well as a flexible draw stiffener for the front and rear. There’s also a rear suspension brace in the boot, highlighted in cherry red.

Around at the back you’ll find an STI-made low back pressure performance muffler set, which should enhance the engine sound, while the engine uses a high-flow air filter for improved performance and response. The CVT auto (yes, in Japan the STI is available with a CVT) also receives a special oil cooler. 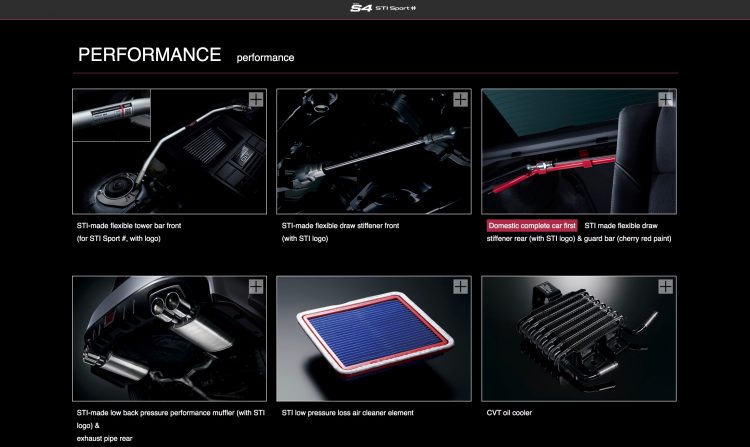 There’s no mention of any specific engine spec changes. In Japan, the STI uses a 2.0-litre turbo flat-four ‘FA20′ engine that produces 221kW and 400Nm – we get a similar unit in Australia for the WRX, developing 197kW, while our STI uses the old 2.5 turbo. All of this grunt is sent through a constant all-wheel drive system via a CVT automatic.

Subaru is planning to build just 500 examples of the STI Sport #, and all are destined for the Japanese market only. Buyers have a selection of four exterior colours to choose from: Ceramic white, Crystal black silica, Ice silver metallic, and WR blue pearl.