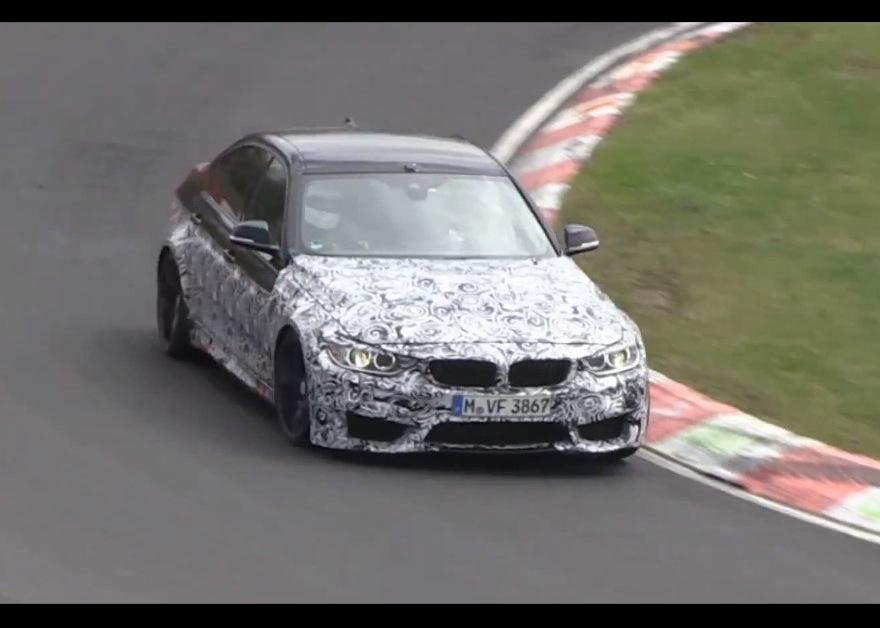 BMW has been spotted once again testing a prototype version of the next-gen 2014 BMW M3 on the Nurburgring. Development must be getting very near the end now, with minimal camouflaging left on the prototypes. 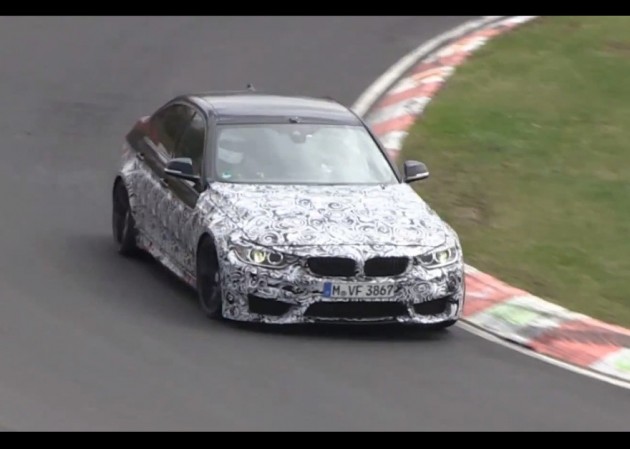 The next-gen BMW M3 could potentially be called the M4 in two-door guise, following in the new naming structure for two-door 3 Series models which will soon be called the 4 Series.

As for the M3 sedan, as spotted here, the car is expected to come with an aggressive body compared with the regular sedan. Features are likely to include bulging wheel arches, a pumped up bonnet, and a neatly finished off rear with the traditional quad-outlet exhaust pipes poking through underneath. 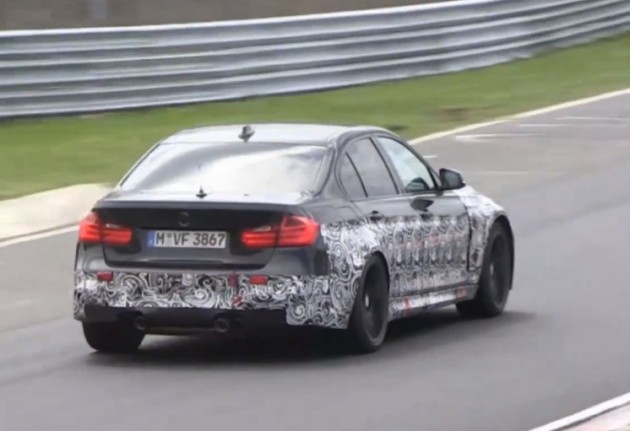 Although official specifications are yet to be revealed, it’s believed the new model will come with a tuned version of the company’s 3.0-litre turbocharged inline six. In the 1 M Coupe, it offered 250kW. In the M3, power is likely to be pushed beyond 335kW.

The increase in power over the current 4.0-litre V8 version may only be 30-40kW, but it will be the torque that will play a more significant role in overall performance. The current version delivers 400Nm, while this new model is likely to produce 550Nm or more. As a result, we could see 0-100km/h come up in the low 4.0-seconds range.

One of the most important aspects of the M3, as far as we are concerned, is the sound and the exhilarating experience the engine brings. By the looks and sounds of this prototype, the result is loud and clear. There’s a distinct parp and crack between shifts too, which certainly adds to the excitement.

The new model is expected to be unveiled in at least concept form at the Frankfurt motor show in September. It will go on sale next year. Click play below for a taste.