Fans of the old Sega Rally arcade game will recognise this one. It’s a genuine 1991 Lancia Delta HF Integrale Evoluzione I, and it’s up for sale in Australia. It’s had a full right-hand drive conversion done on it too. 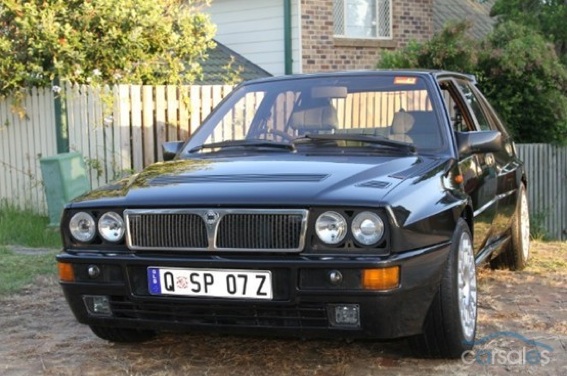 What can we say, it’s simply awesome to behold, and features all of the proper original go-fast features, including a turbocharged all-wheel drive running gear. There’s the super-fat wheel arches front and rear, aggressive vents behind the front wheels and in the bonnet. and the factory adjustable rear wing.

The owner has also customised various parts to give it even more beef, and to give it a bit of a modern touch. The factory brakes have been replaced with 385mm front discs, while the suspension is made up of a fully adjustable BC setup. 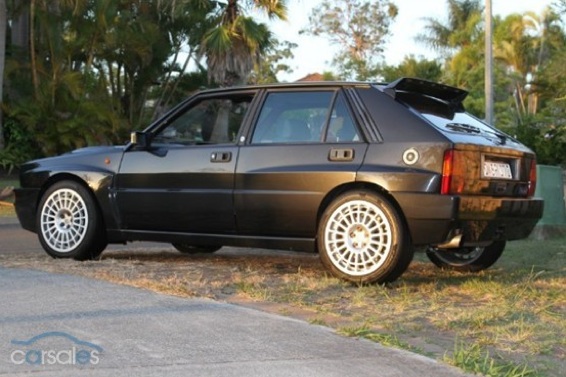 According to the advertisement, under-bonnet performance doesn’t appear to have been modified. Even though it’s not the full Evo II version, in standard form the Lancia Delta HF Integrale Evoluzione I comes with a 2.0-litre twin cam turbocharged four-cylinder engine, producing around 157kW of power and 300Nm of torque. Acceleration from 0-100km/h is rated at 5.7 seconds.

Outright speed and acceleration, despite being excellent for its day, wasn’t the Integrale Evoluzione’s forte. It’s all the technology and engineering that went into optimising the handling, such as MacPherson strut suspension for the rear – normally this is fitted to the front – and an adjusable rear wing. It also comes with an epicyclic centre diff with 47:53 front:rear torque split, and front and rear limited-slip differentials. 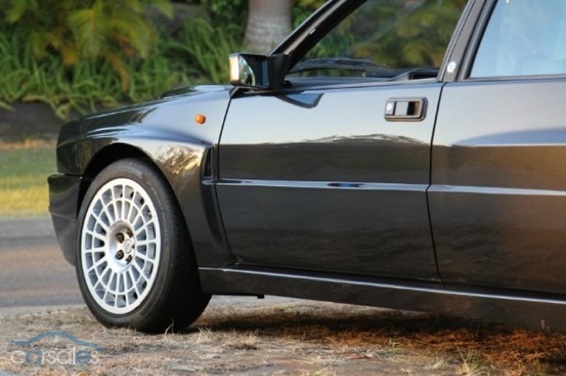 The owner of this one has obviously capitalised on the handling, and equipped Abarth-style rose joints in rear, Abarth-style rear trailling arms, rear suspension bars and diff cradle. There’s also front and rear strut braces borrowed from the Evoluzione II bigger brother.

To top it all off, this 1991 Lancia Delta HF Integrale Evoluzione for sale in Australia comes with those iconic rally-style 17-inch Speedline alloy wheels. It’s also in a nice slate grey colour scheme.

This is definitely one of those cars that would be included in a dream car garage. Right-hand drive versions are very rare in Australia, making this buy even more desirable.