Mercedes-Benz has released a teaser video briefly showing the all-new 2012 Mercedes-Benz A-Class. The new model is promising to offer a more sporty driving style and overall character than the predecessor. 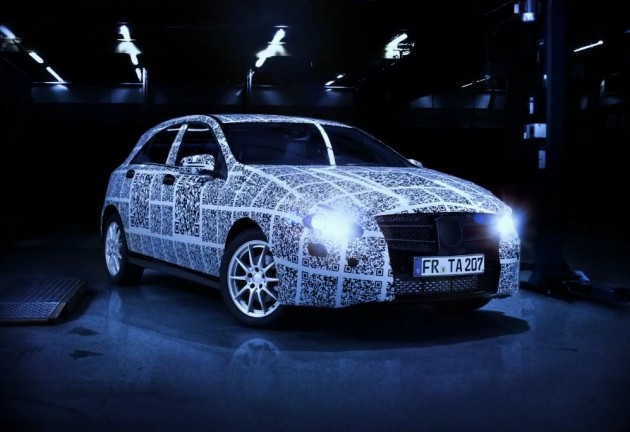 Set to take on the likes of the Volkswagen Golf and Audi A3, the new Mercedes-Benz A-Class will feature a lower profile hatchback shape, instead of the previous mini-MPV theme.

As previously reported, the new A-Class will be based on a new MFA (Mercedes Front-drive Architecture) platform, powered by a range of turbocharged petrol and diesel engines sending power to the front wheels.

More excitingly, Mercedes-Benz’s performance division is also set to introduce a high-powered variant, dubbed the Mercedes-Benz A25 AMG. It is expected to feature a 250kW 2.0-litre turbo all-wheel drive powertrain.

The teaser video below gives us a glimpse of what to expect at the official unveiling at the 2012 Geneva Motor Show in March.

As a bit of added promotion, Mercedes-Benz has come up with a competition called the ‘A-Class QR-Trophy’. Members of the public simply need to download the smart phone app of the same name to get started.

Once you have the app, it’s a matter of spotting an A-Class prototype out on the street and scanning the QR code on the car to collect ‘badges’. Four different prototypes will be out and about in the lead up to its unveiling. The more of these badges you collect, the better your chances.

And the prize? A trip to the Geneva show and unveiling of the new A-Class.