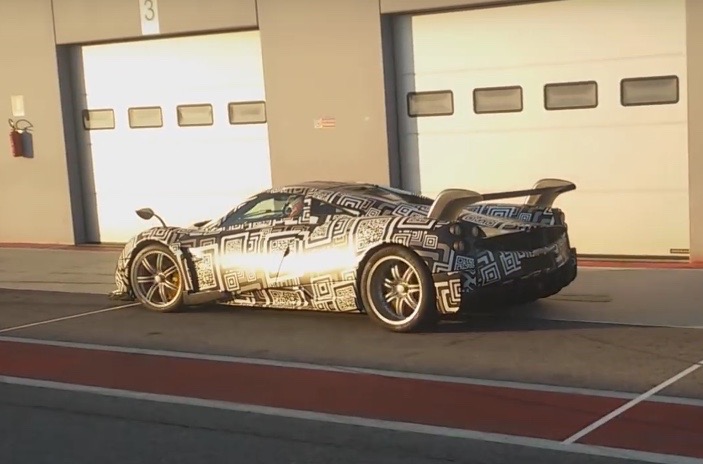 A Pagani spokesperson has confirmed that 2016 will see two new editions of the Huayra hitting the road, including a more racing-bred hardcore variant known as the BC. 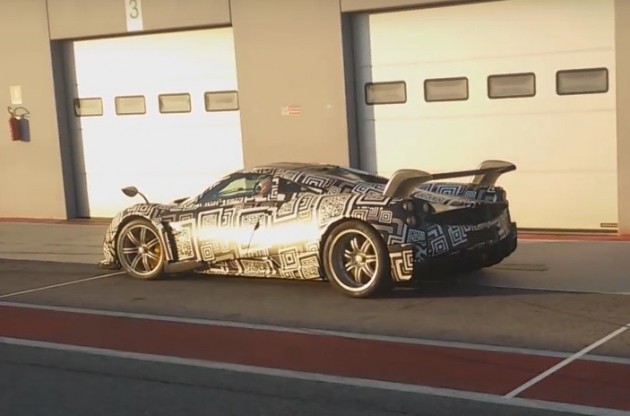 Luca Venturi, Pagani spokesperson, confirmed to Autoblog that the regular Huayra’s run of just 100 units is at an end, saying, “they’re almost all delivered”. This will leave the boutique workshop with more time to attend to other projects.

We were treated to a spy video several months ago of a Huayra prototype testing on the San Martino del Lago circuit, widely believed to be the hardcore Huayra variant, the BC.

Pagani then released a teaser shot of a Huayra bearing a camouflaged body and oversized rear wing, confirming its intention to tweak the Huayra for even more performance.

With its 6.0-litre twin-turbocharged V12 engine, producing 540kW and 1100Nm, the Huayra BC is expected to receive even more power thanks to updates to the turbos. It may also be stripped out to some degree, with more carbon fiber than ever before helping to improve its power-to-weight ratio.

As for the other new model, it’s understood a roadster version is on the way later this year. Pagani released an almost incomprehensible number of different Zonda variants, yet there’s only been one Huayra. This will probably change over the next year or two.

The Huayra BC is set to be unveiled at the Geneva Motor Show, according to Venturi, with the roadster version potentially making its first public appearance at the Paris Motor Show in the third quarter.