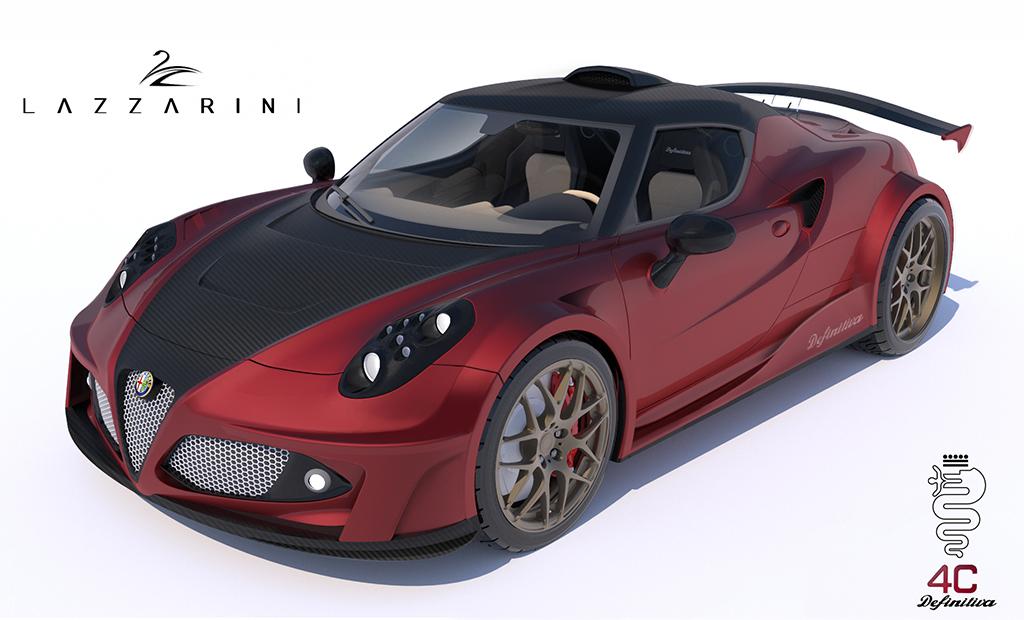 The Alfa Romeo 4C has been on sale in various international markets for some time now but it hasn’t really garnered the attention we all thought it would. Maybe this kit by Lazzarini Design will change that? 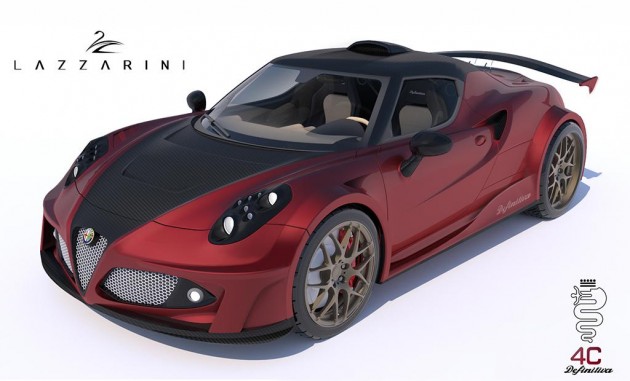 We’ll get straight into the good stuff. In the engine compartment, gone is the standard 1.75-litre turbocharged four-cylinder (177kW). It’s replaced by a Ferrari 4.3-litre V8, presumably taken from an F430. To add spice to this already-lethal concoction, the engine is turbocharged. Twice.

Yep, in the back sits a twin-turbo Ferrari V8. Power peaks at a monstrous 550kW and torque maxes out at 720Nm. We’re sure we don’t need to tell you these are some very serious figures. We must remember though, the 4C is made from carbon fibre and weighs just 875kg, or 955kg with the Ferrari engine.

Out on the tarmac this means 0-100km/h comes up in just 2.5 seconds (quicker than a Bugatti Veyron), with the quarter mile coming up in just 9.5 seconds. A top speed figure hasn’t been mentioned, but it probably has more to do with how fast the driver is willing to go rather than it reaching any sort of limit.

If this isn’t crazy enough, the company has also devised an extensive styling program for the saucy little sports car. There’s a huge rear wing and chunky diffuser to help push the car down onto the ground for more traction at speed, a race-like front splitter, pumped wheel arches, and a custom vented bonnet.

Lazzarini Design is planning to make these to order, with the first edition set to retail for around US$310,900. Considering it’s a high-end, well-sorted Alfa Romeo with a Ferrari powerplant that’s quicker than a Bugatti Veyron, it’s not a bad price we guess.