V8 Supercars champion Jamie Whincup is currently the hunter instead of the hunted, but he’s confident he can get one on points leader and Ford Performance Racing’s Will Davison at a circuit the Holden driver has won at twice in the past three years, Darwin’s Hidden Valley Raceway. 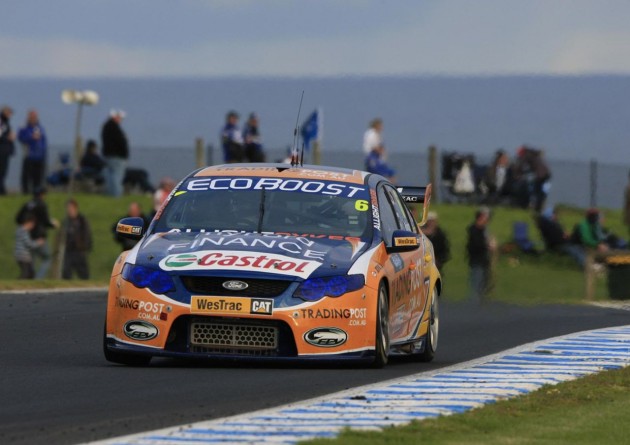 Whincup trails his good mate Davison by a mere 10 points in the standings, but the Ford driver knows how quickly a deficit can be lost in this game.

“There is a long way to go in the season still and we really need to minimise our mistakes in every area at every event to ensure we stay in the hunt,” Davison said.

“How we manage the soft tyres will be crucial and qualifying will be important as will smart strategy.

“We have quick cars so I am confident we can be part of some great racing this weekend.”

Whincup had a rare weekend of non-podiums at Hidden Valley in 2011. But he’s confident he can finish the weekend with a good haul of points.

“Although my results have been up and down in the past, I’ve never left Hidden Valley without having a good time,” Whincup said.

“We had an awesome battle after the safety car restart last years opening race, but unfortunately all the drivers prepared to put it on the line for the win ended up penalised.

“I hope this weekend’s results reflect the work we have been doing to improve the car over the last few weeks.”

The SKYCITY Triple Crown gets underway with four practice sessions on Friday before qualifying, a top 10 shootout and 42-lap race on Saturday. Sunday will see another qualifying session and a 69 lap race.

On the support card will be V8 Utes, Touring Car Masters, Formula 3 and a combination of Commodore Cup, HQs and Improved Production.