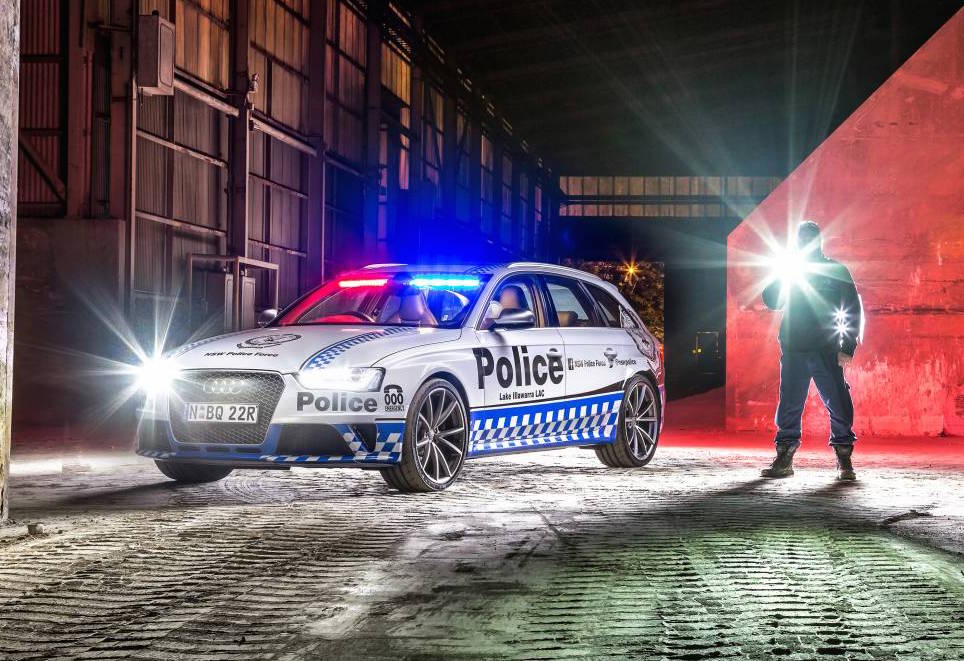 The Lake Illawarra Local Area Command of the NSW Police force has just assigned a new recruit to its fleet, a beautiful new Audi RS 4 Avant. 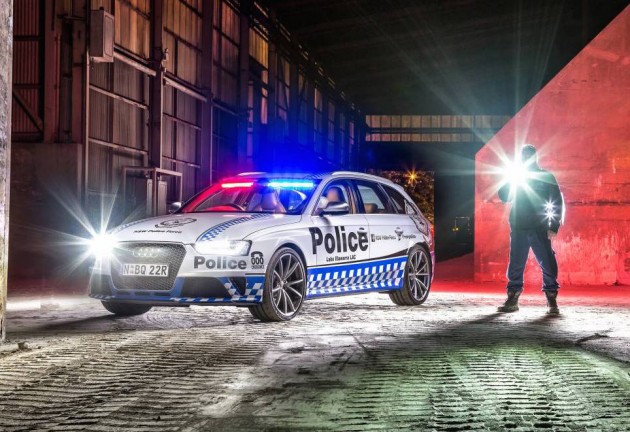 With the Holden Commodore and Ford Falcon soon to be out of production, the local police will have to turn to other vehicles. For now though the Audi RS 4 Avant isn’t going to be used as a highway patrol car but more of a community engagement tool.

It wears a special livery as chosen by 800 Audi Australia Facebook fans during a competition that ran in June. The Lake Illawarra Police will use the performance wagon for 12 months in community events. Andrew Doyle, managing director of Audi Australia, said,

“It is important for Audi Australia to show its support of the NSW Police Force, and especially their youth engagement programs, as a way of giving back to the community. Audi has been extraordinarily successful in Australia over the last decade, and so we are delighted to contribute in this way.”

The RS 4 Avant in standard form comes with a 4.2-litre naturally aspirated V8 churning out 331kW and 430Nm. This is matched to a seven-speed dual-clutch automatic, feeding power to a quattro all-wheel drive system. Superintendent Wayne Starling, Commander of Lake Illawarra LAC, said,

“The Audi RS 4 provides an exciting and visible platform for our community and youth engagement activities. Our use of the RS 4 will encourage people of all ages to introduce themselves to local police, using the car itself to help start up a conversation.”

Be sure to look out for the car out and about in the Illawarra region, located just south of Sydney. The Audi joins a number of interesting vehicles that have been donated to the NSW force in recent times, including a Porsche 911, Lexus GS and RX, and Volvo S60 Polestar.