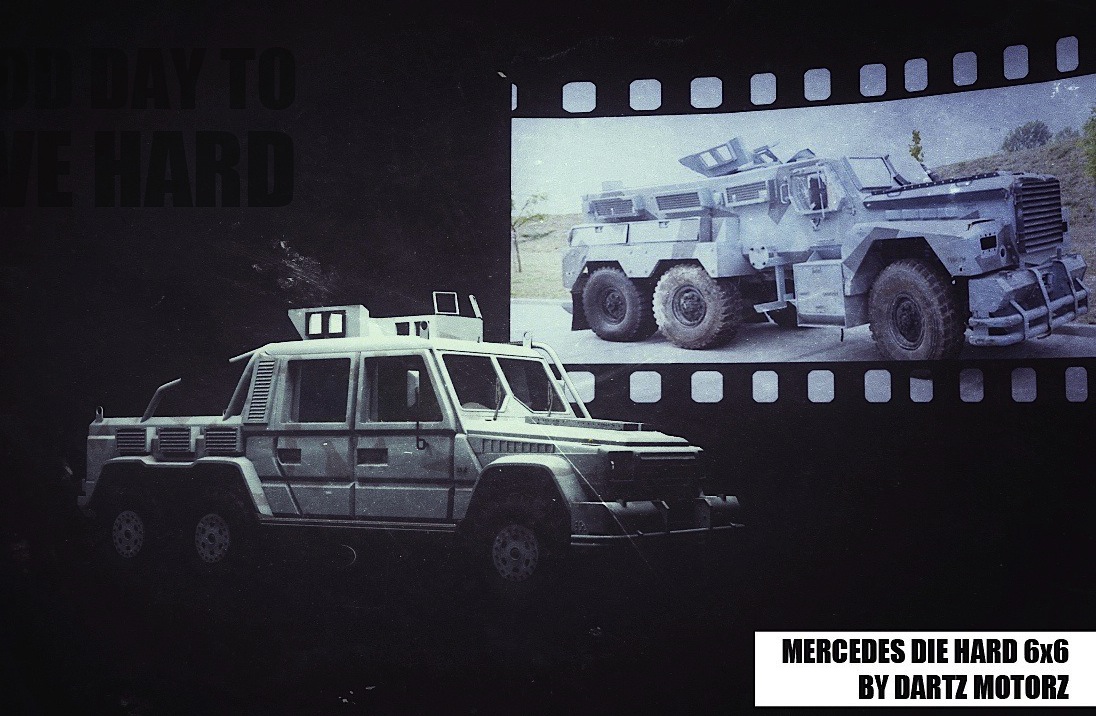 Looking for the most intimidating vehicle money can buy? This Dartz-modified Mercedes-Benz G 63 AMG 6×6 should come close, with its mine-resistant armour and bullet-proof windows. 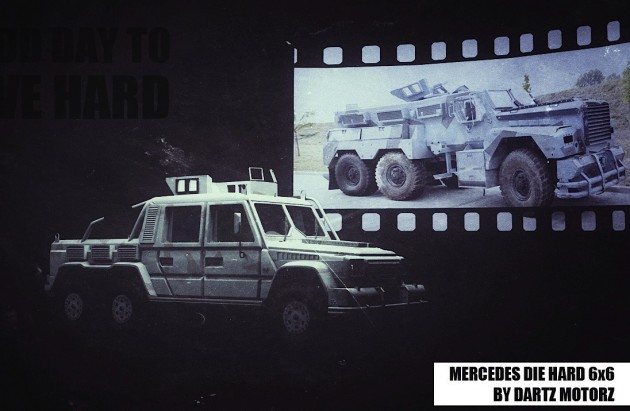 The mammoth creation is, according to Dartz, a result of “sex between MRAP and Mercedes G”. For those of us who don’t know what ‘MRAP’ is, it’s the mine-resistant ambush protected vehicle that was built for the movie Die Hard 5. Hence, the package is called the Dartz DrIvE Hard 6×6 G.

Dartz specialise in custom armoured vehicles. In particular, high-end premium SUVs made with exotic materials. The DrIvE Hard 6×6 is no different.

Aside from having a B8-rated armoured body capable of withstanding point-blank machine gun fire and close-range bomb detonations, the 6×6 is actually tuned as well to handle all of the additional weight of the armour. 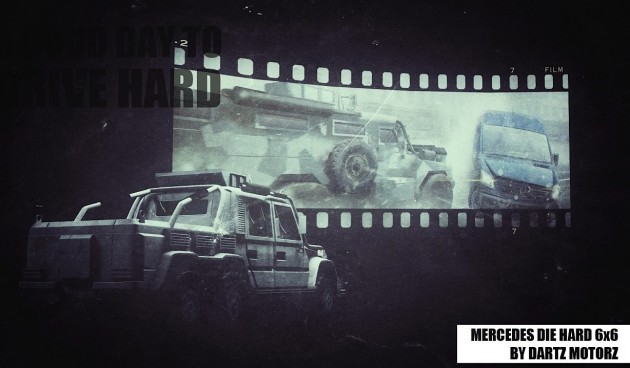 With the standard 6×6 tipping the scales at 3775kg, this unstoppable machine probably weighs upwards of 4500kg. To cope, Dartz tunes the factory 5.5-litre twin-turbo V8 which normally produces 400kW. This develops up to 749kW and over 1000Nm.

There’s no mention of acceleration times as such, but with this level of protection and the sheer presence of the 6×6, who needs to go fast or run away from anyone? The factory Mercedes is able to cover 0-100km/h in 6.0 seconds.

So, how much, you might be wondering? If you want the full protection Dartz offers the package for just 2.4 million euros (around AU$3.5 million). If you aren’t dodging gun fire on a daily basis and don’t need the armour, the company will do it for 1.5 million euros. Hmm.