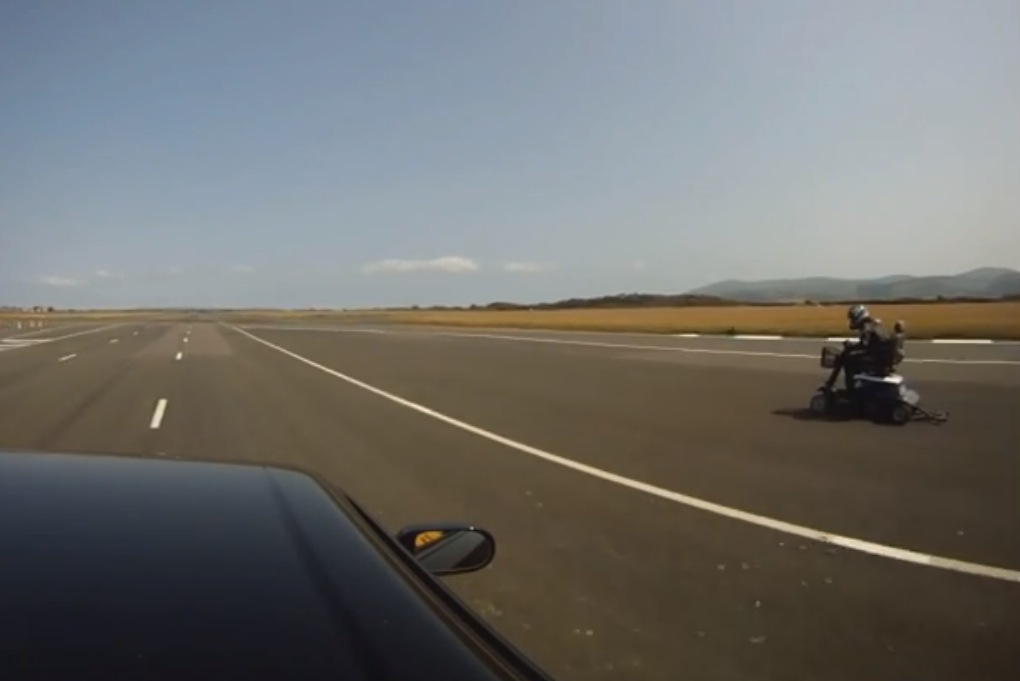 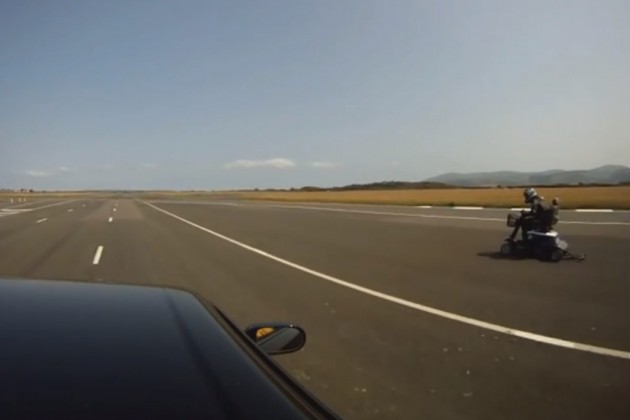 As you have probably guessed, the scooter isn’t your average transportation device. It was built by John McNeil, Richard Underwood, and Dale Glover, and features a Suzuki GSX-600F motorbike engine, capable of 225km/h.

In the video you see the insane ride-on easily beat the Skyline across the quarter mile. The scooter apparently ran the sprint in 13.28 seconds at an incredible 164km/h. This makes it quite possibly the fastest mobility scooter in the world?