Chevrolet will unveil the facelifted version of the Camaro muscle car. Called the 2014 Chevrolet Camaro SS, the updated model will come with revised styling and could come in various new engine trim levels. 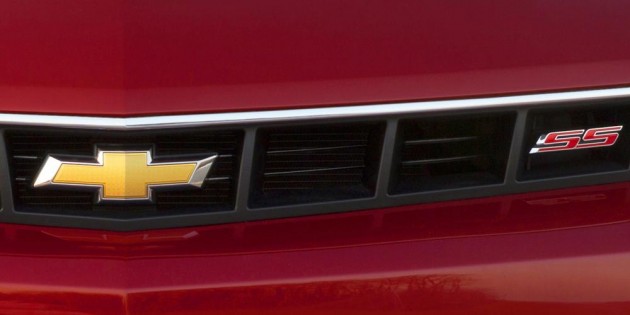 One of the engines that could be on offer is the new GM 3.6-litre twin-turbo V6, which was only just unveiled earlier this week for the new Cadillac CTS. In that it produces 313kW of power and 583Nm of torque. This could be a more fuel-efficient option as opposed to the regular V8s.

Another engine that might make its way under the bonnet, at least as an option, is the 7.0-litre LS7 V8. It produces up to 377kW of power, and has been available in the previous Chevrolet Corvette Z06.

As for the styling updates, well, not much has been revealed other than this teaser image at this stage. The image only provides a view of the front grille. As you can see the grille is slimmer than the one used on the existing Camaro, and there’s also a red SS badge.

Some changes to the bumper bars front and rear are likely to make up the facelift, along with some minor revisions to the interior.

All will be revealed at the 2013 New York International Auto Show starting on March 27.