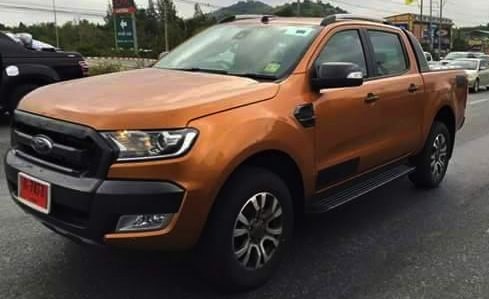 An image of the updated 2015 Ford Ranger is circulating around the web, giving us a glimpse of the new model before its market introduction later this year. 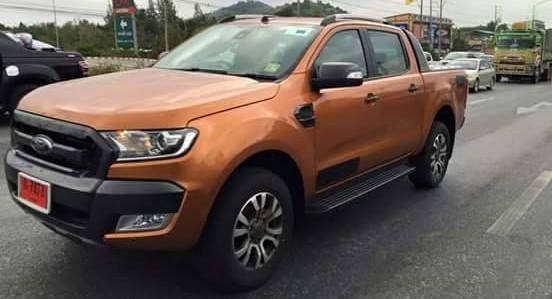 The car was spotted driving around in Thailand recently, with no camouflaging or disguise. It appears to be the top Wildtrak variant as highlighted by the black front fascia, roof rails, black side skirts and vents, and chunky roll bar in the back.

Ford released a fairly revealing preview of the new model late last year, in a concept digital form. But as you can see, the front end of this spied vehicle shows clear similarities with the preview. There’s a large front grille which pushes the headlights outward, and a more defined central bar running across the front bumper.

We might as well get used to this new look as it is very likely to be used to face other new heavy-duty SUVs and utes from Ford, such as the upcoming Everest which will be a wagon SUV based on the Ranger.

As for specifications, official details are yet to be revealed. According to reports though the Ranger update will come with a revised 2.2-litre turbo-diesel engine and an updated six-speed auto. The current 3.2-litre turbo-diesel five-cylinder is likely to be carried across with some change.

Inside we can expect Ford’s new SYNC2 interface system with full connectivity, sat-nav for some variants, and a range of media applications. There’s also speculation suggesting the new Ranger will come with radar cruise control this time around, and lane departing crash avoidance systems.