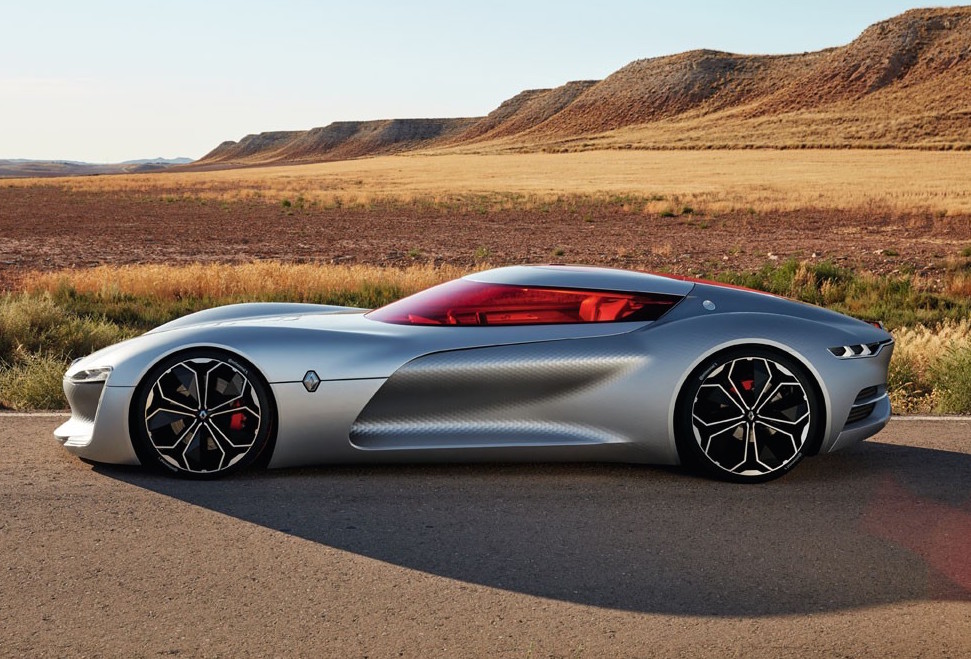 It wouldn’t be the 2016 Paris Motor Show without some bold and expressive concepts from French carmakers, and Renault has come to the party with the Trezor electric grand tourer concept. 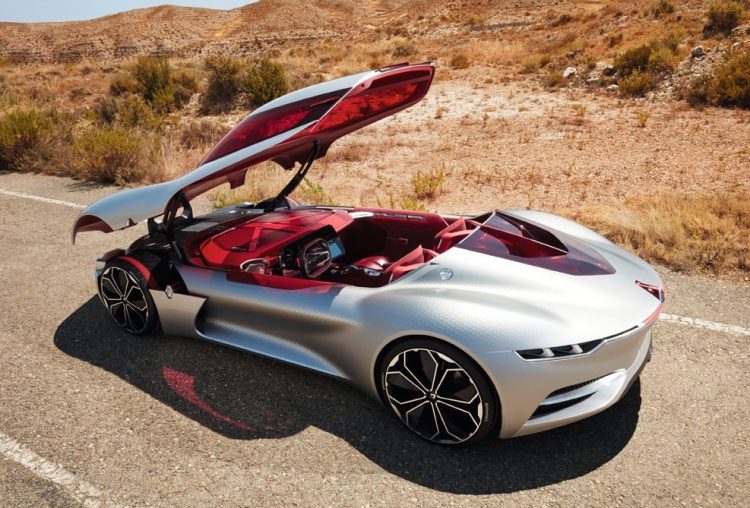 Designed by Laurens van den Acker, the Trezor is a wide and low-slung two-seat sports car with a fighter-jet style movable canopy, and active battery cooling openings in the long bonnet. Laser lights provide illumination while LEDs accentuate the Renault diamond at the front. A Renault badge sits at the side where the panels meet while the design of the wheels evokes the Eifel Tower. The name Trezor is French for treasure.

At just 1080mm high with a 4700mm length and a drag-coefficient of 0.22, the Trezor is super sleek. Power is sent to the rear wheels via a Formula-E-spec 260kW electric motor, good enough to propel it from 0-100km/h in under four seconds.

A boutique wooden bicycle manufacturer, Keim Cycles, has made a laminated ash wood dashboard for Renault, which incorporates two rather big screens.

In autonomous mode, the octagonal steering wheel parts into two pieces like curtains on a stage to give a better look at instruments. The Trezor features technology and styling that is likely to end up on future Renaults, but nothing has been confirmed in terms of a production version of this type.