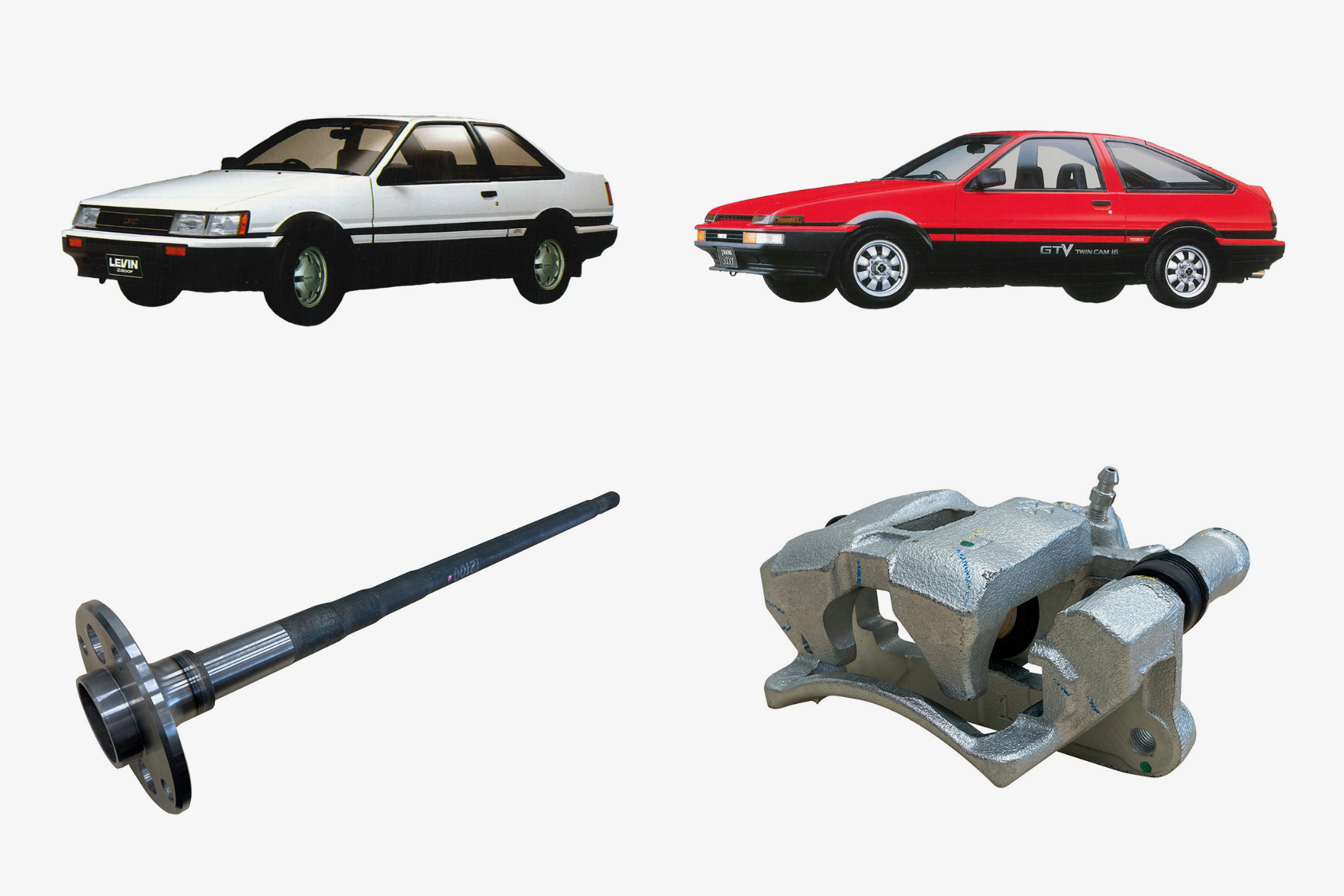 Toyota’s Gazoo Racing division has announced yet another addition to its GR Heritage Parts Project. This time offering reproduced spare parts for the iconic AE86 Corolla Levin and Sprinter Trueno.

Production of these models featuring the 1.6-litre DOHC, 16-valve four-cylinder engine, known as AE86, ended some 30 years ago. However, these models have become cult classics, especially among drifting and track enthusiasts.

So, to keep the ‘hachi-roku’ (eight six) alive and to keep the fans happy, GR is offering a range of new parts from November 1. Parts include rear brake calipers, steering knuckle arms, and rear drive shafts.

These will be available for a limited time via a special cooperation with Toyota’s suppliers. In other words, they will be produced for a set period and then only available while stocks last.

More parts will become available, but Toyota says these three parts are now ready for sale. Fans are urged to head over to the TGR website to check for updates, as production periods and part numbers will be published from November 1.

This isn’t the first time Gazoo Racing with Toyota have launched a reproduction run of classic parts. The company recently offered parts for the A70 and A80 Supra, the Toyota 2000GT, and the 40 Series LandCruiser.

It comes at a perfect time really, just as Toyota launches its all-new GR 86 sports car in some global markets. The new model is more powerful and is set to be more refined than the 86 predecessor, while also offering a more rigid platform and improved safety.

Toyota Australia previously confirmed it would announce the local launch date for the new model during the fourth quarter of this year. We suspect it’ll arrive early in 2022.