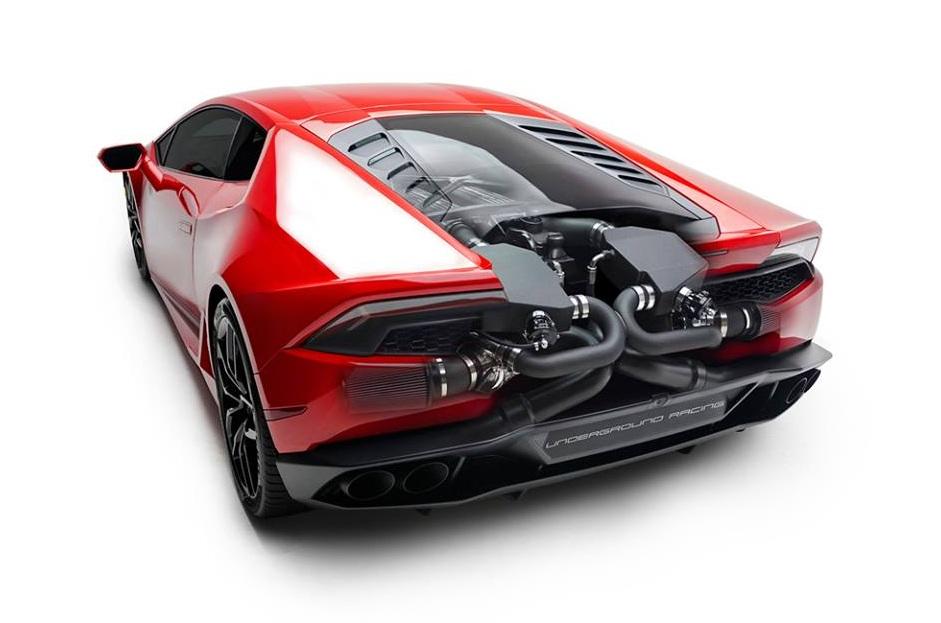 Renowned Lamborghini tuner Underground Racing has just completed preliminary testing on what’s believed to be the first ever twin-turbo kit for the new Lamborghini Huracan LP 610-4. 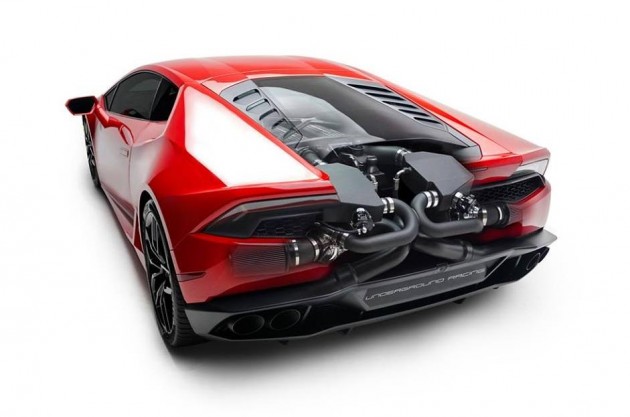 Along with the announcement of the new kit, the company has released images that show how the kit will look and fit in the engine compartment. The kit will rely on JRR MoTeC M1 electronics and firmware to control the new boost settings, and will send power through the car’s Lamborghini Doppia Frizione seven-speed dual-clutch transmission – Lamborghini is no longer offering manual transmissions.

In standard trim, the Huracan features a 5.2-litre V10 that produces 448kW and 560Nm. It tips the scales at 1422kg and can scoot from 0-100km/h in just 3.2 seconds. Power output details for the new kit haven’t yet been released, though we can expect to see power boost well past the factory figures with 0-100km/h times easily jumping into the two-second bracket.

The Lamborghini Huracan LP 610-4 is currently on sale in Australia with prices starting from $428,000 (excluding on-road costs).