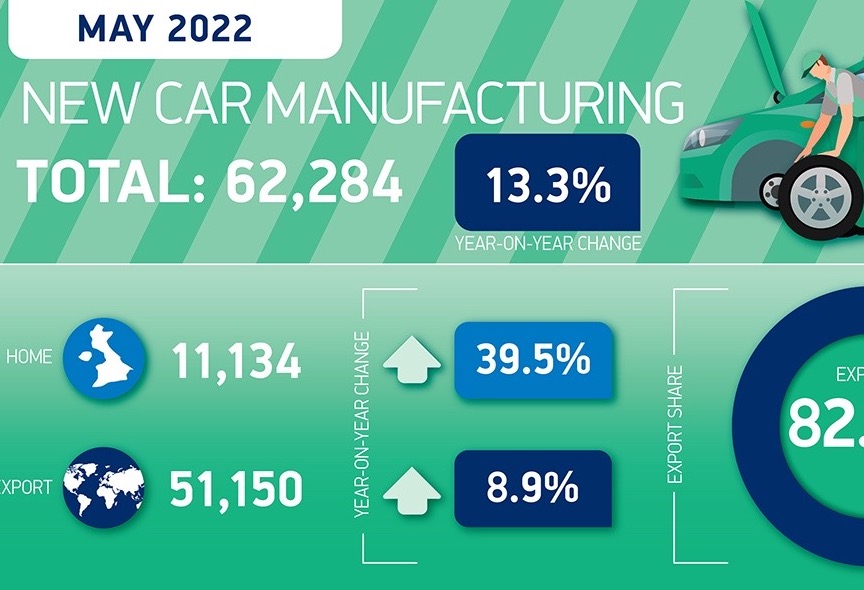 In great news for the UK’s manufacturing scene, the car industry has bucked a 10-month downturn in production numbers after reporting 13.3 per cent growth for May, 2022. Though, things remain perilous when you zoom out.

The news comes from the Society of Motor Manufacturers and Traders, who mapped out each of the 62,284 vehicles produced throughout the UK, marking the first positive growth in figures since June, 2021.

Overseas deliveries increased by 8.9 per cent for the month of May, while the domestic market jumped a massive 39.5 per cent. 82.1 per cent of vehicles produced were shipped around the EU, while US deliveries experienced a sharp 35 per cent drop.

Interestingly, the first signs of growth in nearly a year were built on the back of growing momentum for battery-electric vehicles, which experienced growth of 108.3 per cent after 4525 BEVs were produced. All up, one-in-five vehicles produced featured a battery-electric hybrid or plug-in hybrid powertrain.

While the news is no doubt positive, the UK’s manufacturing scene is still a staggering 46.3 per cent below its pre-pandemic production numbers, which has been knee-capped by a combination of COVID-19, supply chain issues, component shortages and the war in Ukraine.

The damage becomes clear when you zoom out and take a look at the UK’s overall manufacturing output for the year so far, which is 23.2 per cent down at 330,185 units – just under 100,000 units less than the same period last year. SMMT chief, Mike Hawes, said: 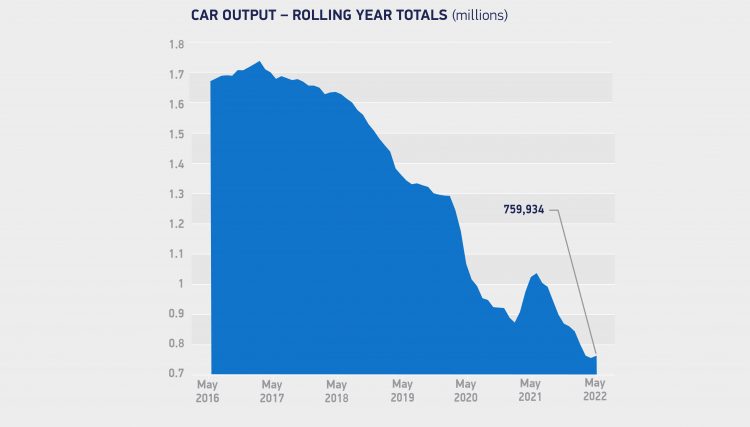