Renowned BMW tuner AC Schnitzer might be late to the party but the company has finally revealed its tuning kit details for the AC Schnitzer BMW 1 Series M Coupe, which offers 294kW, as well as a neat cosmetic upgrade and handling revisions. 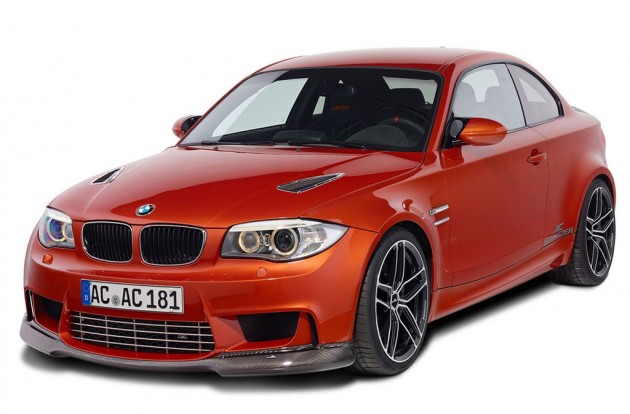 As previously reported, AC Schnitzer has been working on developing a kit for the new BMW 1 M now for a few months, developing not just aerodynamic revisions, but also high performance brake upgrades and chassis and suspension tunes.

AC Schnitzer has now finalised an engine tune for the 3.0-litre turbocharged straight-six BMW M engine. In standard form, the BMW 1 M produces a maximum of 250kW of power and 500Nm of torque. After AC Schnitzer is finished with it, power is taken up to 294kW and 560Nm.

Engine tweaks include a fondled ECU and boost adjustment, while the BMW 1 Series M Coupe also gets a new, more aggressive bodykit including a carbon fibre front bumper bar with lower extensions, a new bonnet and a new rear fascia and diffuser.

Inside, the cabin features a smattering of bespoke Alcantara trimmings, an AC gearknob and pedals and other AC Schnitzer highlights. AC badges also make their way into and onto the BMW 1 Series M Coupe tuning pack.

AC Schnitzer will be displaying a number of cars at the 2011 IAA Frankfurt Motor Show next week, alongside the new BMW 1 Series M kit.