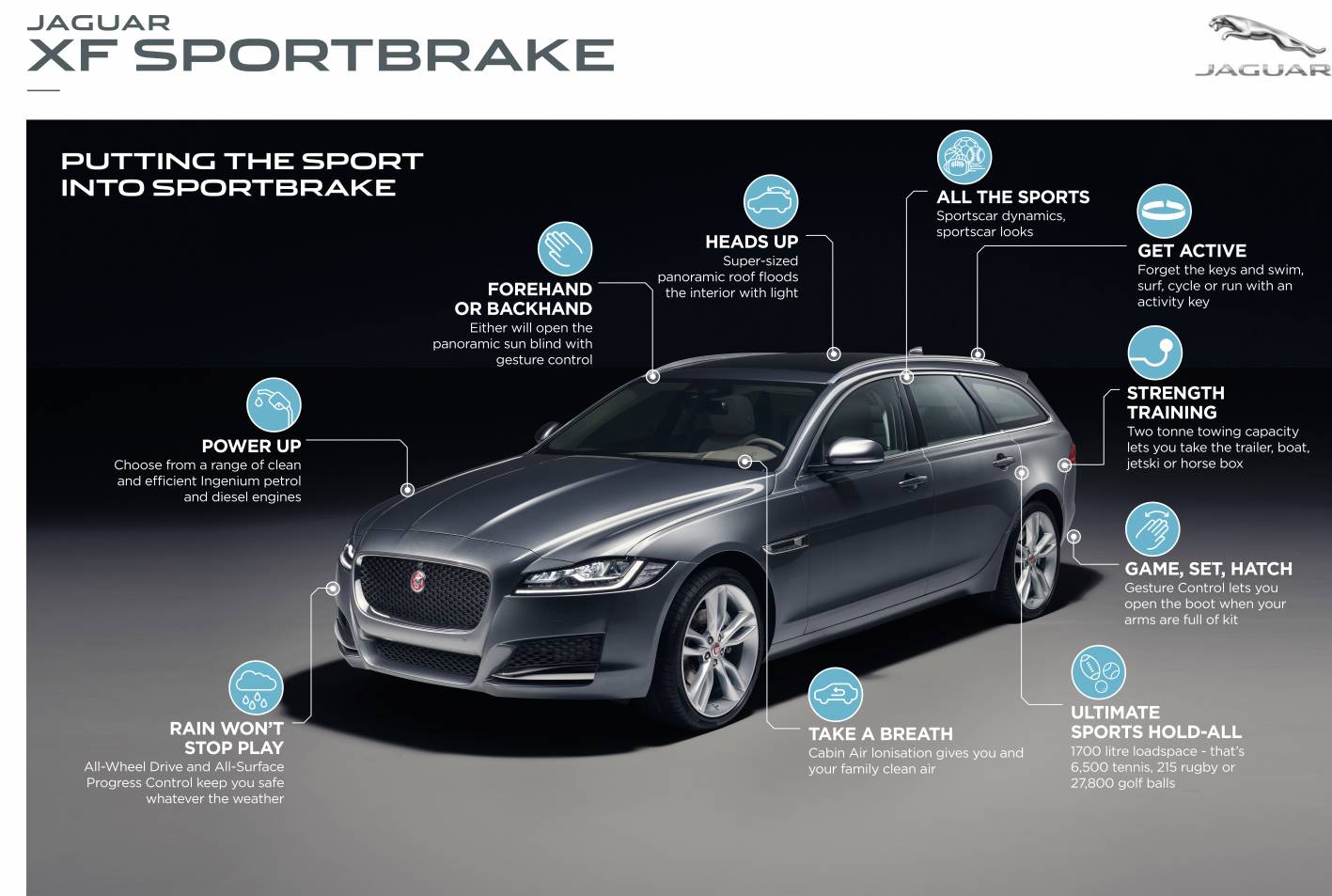 After months of tantalising teasers, the second-gen, 2018 Jaguar XF Sportbrake has fully emerged, ushering in what could be the sexiest wagon in the segment. 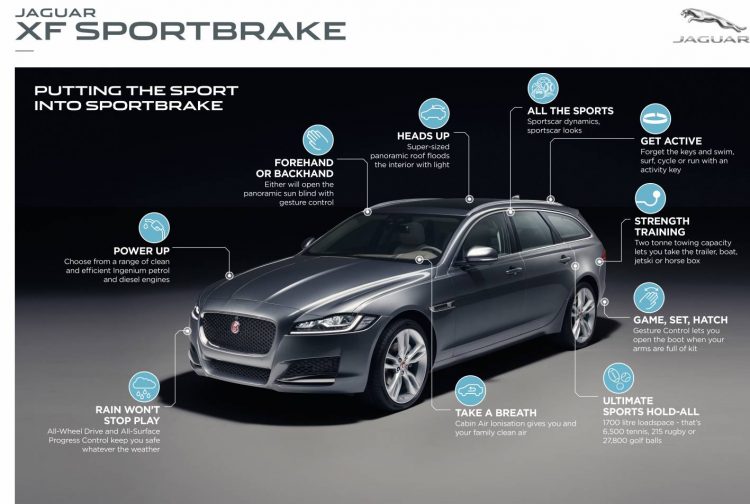 With a drag-coefficient of 0.29, it’s certainly one of the sleekest estates in its class too. Based on the same iQ architecture as the XE and, of course, the XF sedan, the Sportbrake has 565 litres of boot capacity with the back seats up, or 1700 L when they are folded.

Styled by the legendary Ian Callum, the Sportbrake incorporates more than a touch of sporting F-Type flair in elements such as the taillamps. It measures 4955mm long and sits on a 2960mm wheelbase, lengthened by 51mm. 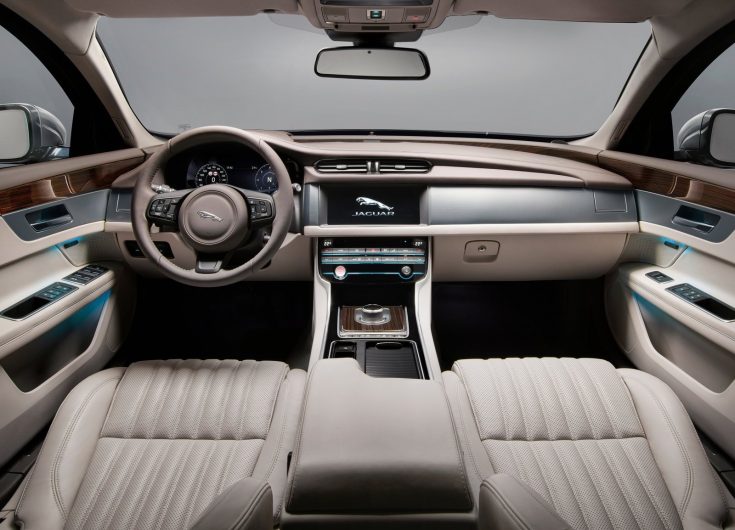 Available engines include Ingenium 2.0-litre turbo fours, generating 132kW and returning 4.8L/100km in diesel guise. The petrol version makes a healthier 184kW, but the star of the show for now is the 221kW/700Nm monster 3.0-litre diesel V6.

Nifty features unique to the wagon include an electric blind that is gesture-controlled for the 1.6 square metre panoramic roof, and self-levelling suspension. Nick Collins, vehicle line director for the XF, boasted:

“The award winning Jaguar XF is already established as the most dynamic saloon car in the business segment. With the addition of the Sportbrake, we’re adding space and usability to the existing fun-to-drive package. And with super clean Ingenium engines mated with all-weather traction, we have developed a car to appeal to customers who want an efficient premium estate with low ownership costs.”

The car will be introduced here in the fourth quarter, with pricing to be revealed closer to that time.