Kia is planning to unveil a sporty new concept car at the 2013 Geneva Motor Show in March, and has released a handful of teaser images to get the taste buds going. 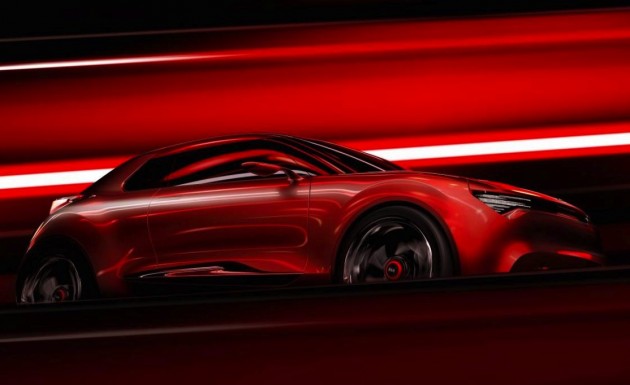 Not much has been revealed at this stage, in terms of mechanical specifications and so on. The Korean company has simply said the new concept will be a “racy”, “urban” style of vehicle.

“With the company’s signature tiger-nose morphing into a mischievous, yet friendly, grille and headlight arrangement, coupled with strong styling lines that exude speed and energy from every angle, Kia’s newest concept vehicle is guaranteed to attract attention.”

Judging by the images, the concept could be a compact semi-crossover targeted at vehicles like the Ford EcoSport and Nissan Juke. Kia is reportedly thinking of introducing such a model in the future. Could this be a preview to test the waters, so to speak?

The full unveiling will take place at the opening of the Geneva show, on March 5. Stay tuned for more updates.