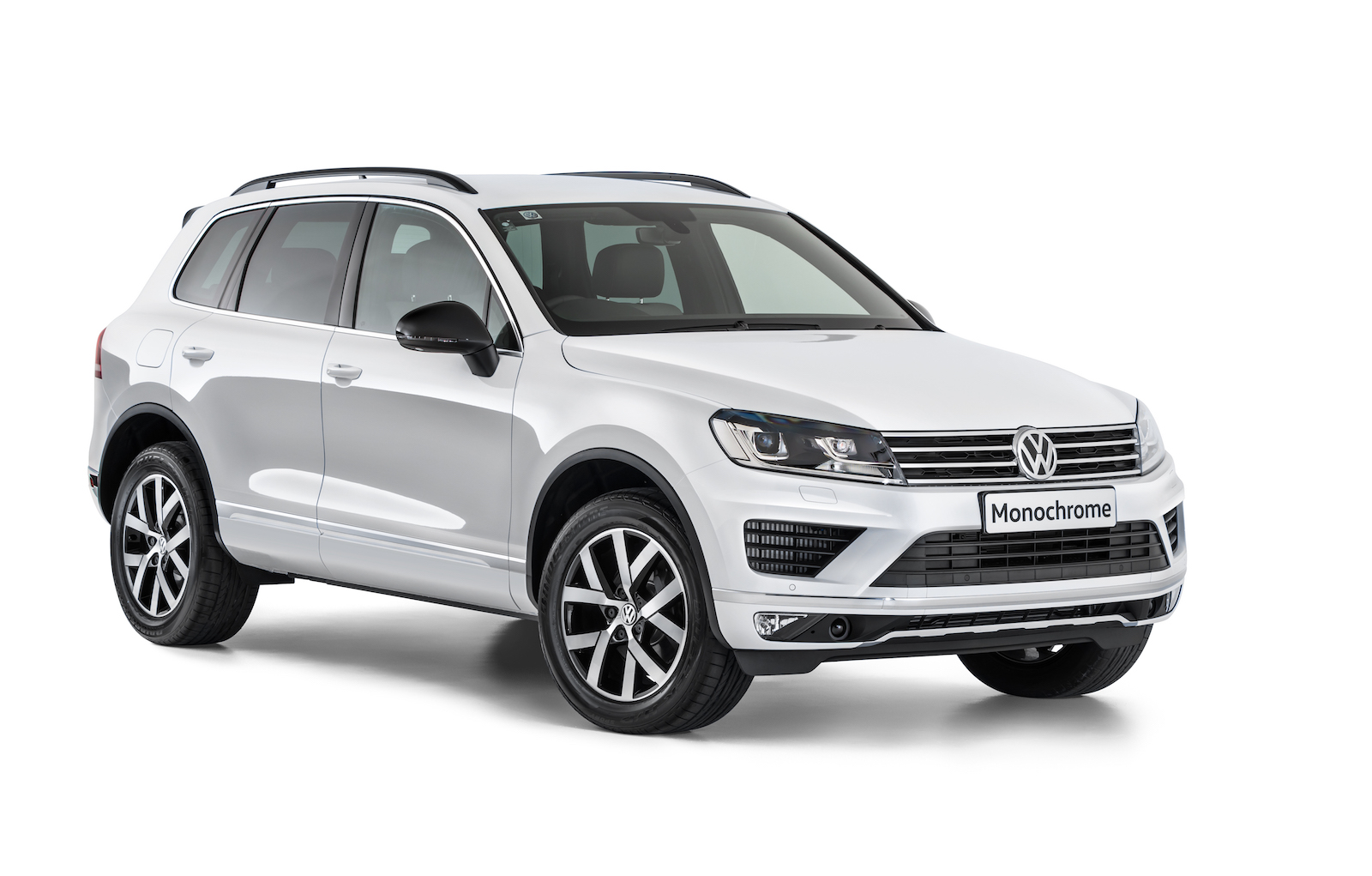 Volkswagen Australia is announcing a new special variant for the Touareg range, called the Touareg Monochrome. It showcases a fashionable black and white colour scheme. 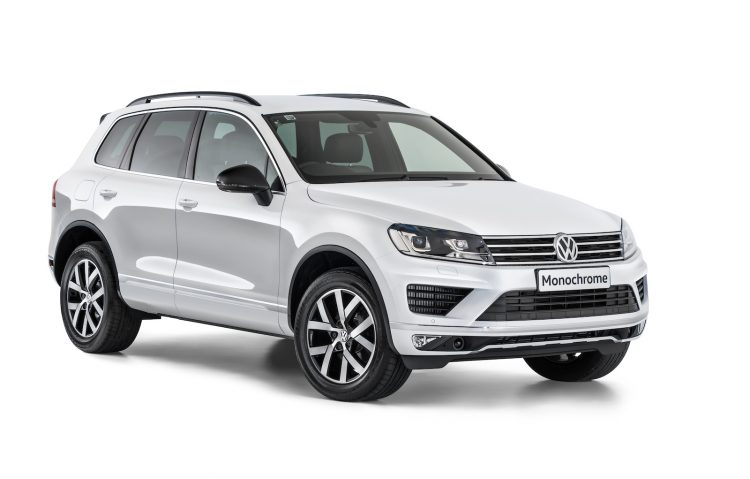 Based on the 150TDI, the Touareg Monochrome comes with a number of unique styling and luxury highlights. Most noticeable are the black exterior trimmings, such as the side mirrors, front grille elements, and roof rails.

Inside, passengers are treated to two-tone black and Moonrock grey Vienna leather with ventilated seats in the front, contrasted with brushed aluminium and piano black trimmings for the dash, with a Titanium black headliner.

Some additional features are thrown in for good measure, above the regular 150TDI, including adaptive cruise control, front assist with city emergency autonomous braking, Proactive Occupant Protection, keyless entry and start, a power tailgate, and heated steering wheel. Some 65 per cent tinted windows are added too for that sinister look.

No changes are made under the bonnet, which means power comes from a 3.0-litre turbo-diesel V6 producing 150kW and 450Nm. This is sent through an eight-speed automatic with all-wheel drive, with a claimed 0-100km/h time of 8.5 seconds. Fuel economy is rated at 7.2L/100km on the combined cycle.