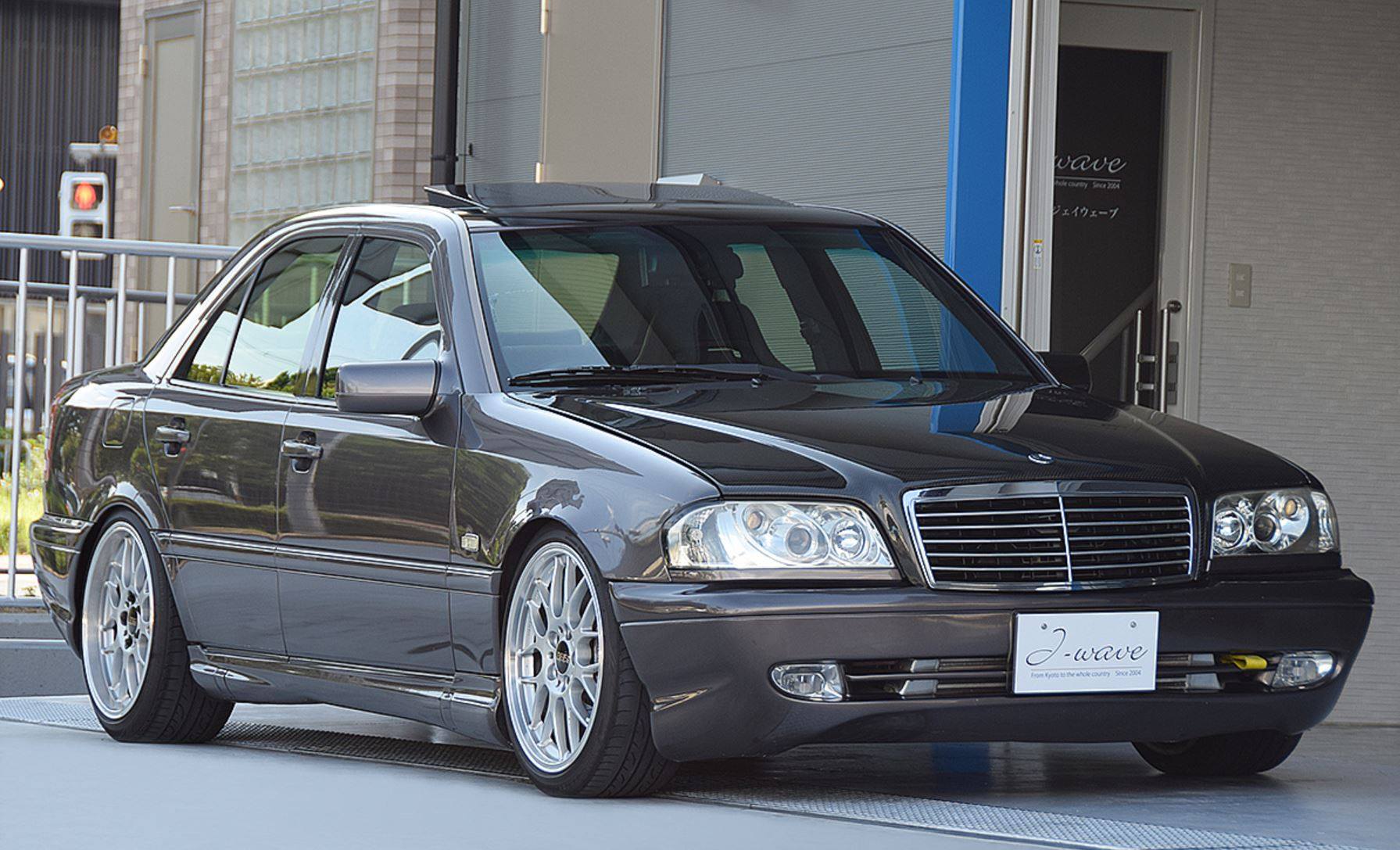 How’s this for a cool find. It’s an immaculate 1995 Mercedes-Benz C 200, regarded as one of the better-built C-Classes, featuring a Honda S2000 engine conversion. Oh, and it’s got a mega turbo bolted onto it. 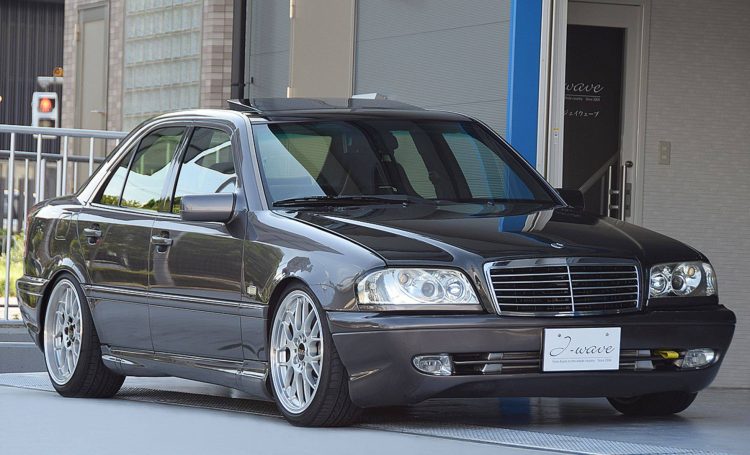 Yes, we know. It is a bit sacrilegious to remove a German engine and replace it with a Japanese four-banger. However, you have to admit it is a very neat job and it does suit the suave and sophisticated personality of the car.

In standard form the Honda S2000 ‘F20C’ engine is a 2.0-litre naturally aspirated unit, using VTEC variable valve timing. It can rev to an ear-pinching 9000rpm, and produces 176kW and 208Nm in its latest form before going to a 2.2L.

These outputs don’t sound like much but the unit remains as one of the most powerful naturally aspirated four-cylinder production engines ever made. The specific output in terms of per litre, at 88kW/L, is also very high and unique in the world of naturally aspirated engines. 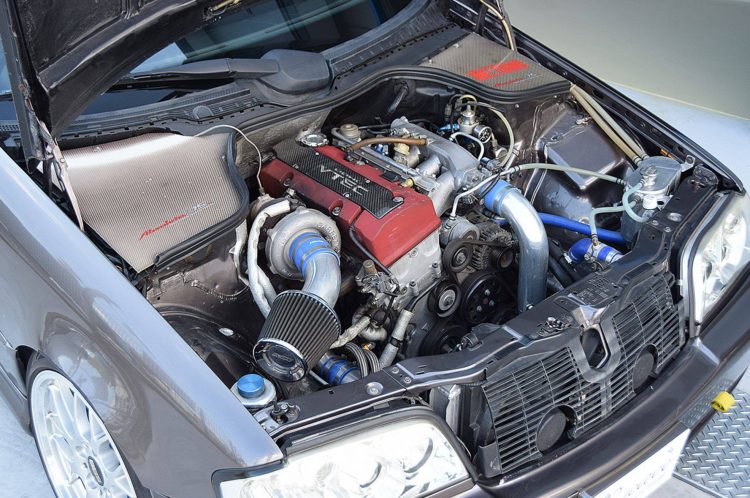 As for the standard C 200, it came with a pretty ordinary 2.0-litre naturally aspirated four-cylinder producing a yawn-inducing 100kW and 190Nm. The claimed 0-100km/h was 11.5 seconds, which is about as quick as a current dual-cab diesel ute.

Some of the juicy specs on this crazy conversion are hard to come by, but according to the J’s Auto Facebook page ad, where we found this car, there has been some extensive tuning going on. There’s a large Garrett turbo with a high-mount manifold, a JZZ20 front-mount intercooler hiding behind the front bumper bar, and some custom piping for the inlet.

The ad also mentions an Exedy carbon clutch for the manual transmission, a two-way mechanical limited-slip differential, and a set of Brembo brakes from a Nissan GT-R. A set of BBS alloy wheels and a spruced up interior with Recaro bucket seats complete the package.