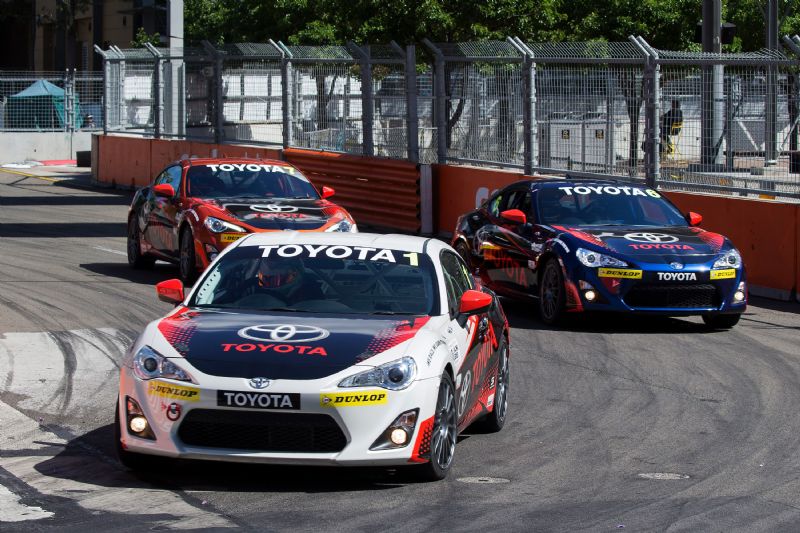 The upcoming Toyota 86 Racing Series has gotten even more exciting with the addition of seasoned professional drivers added to the mix. 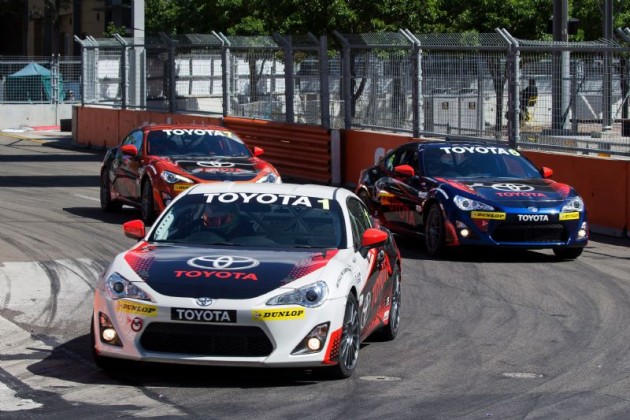 Steven Johnson, Leanne Tander and Aaron Seton have been named as drivers, and performed demonstration laps in 86 race cars at the Sydney 500 at Olympic Park on the weekend.

According to Toyota, the 86 Race Series “is a grassroots initiative designed to provide an entry point and training ground for up-and-coming drivers, offering a confirmed prize pool of $125,000”.

In the spirit of fair play, Johnson, Tander and Seton are ineligible for prize money and points and are racing to “engage with the broader field and provide advice ranging from race-craft and driving technique to team structure and focus”.

The Toyota 86 Race Series is by far Australia’s most affordable mainstream national series, costing only $1500 per round.

The race series has also selected its tyre supplier, with Dunlop’s high performance R-specification Direzza DZII*86 tyre coming out on top. It was selected following weeks of evaluation from Australian rally champion Neal Bates, and a tick of approval from the Confederation of Australian Motorsport. The rubber will cost competitors $289.85, with an allocation of six per round.

The inaugural event kicks off in Winton in March next year, with events taking place at Sydney Motorsport Park in August, Sandown in September, Bathurst in October, and Sydney Olympic Park in November next year.